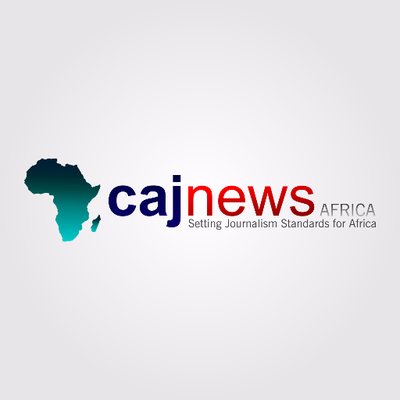 By the International Monetary Fund (IMF’s) own admission, there are circumstances where African governments’ debt levels are so high they become unsustainable, such that the scheduled debt service exceeds the capacity of the member to service it.

This rings true for a number of countries in the Sub-Saharan African region, where the organisation, in its regional economic outlook for the year, warned debt servicing costs were becoming a burden, especially in oil-producing countries.

Among these are Angola, Gabon and Nigeria.

Overall, public debt rose above 50 percent of gross domestic product (GDP) in some 22 countries at the end of 2016, up from ten countries in 2013.

The rankings are based on public debt as a percentage of GDP. Cape Verde are the heaviest indebted, with its debt 129,7 percent of GDP. Sudan’s debt is 66,5 percent of GDP.

Recent statistics suggest Angola, Africa’s second largest crude oil producer after Nigeria, is not far off. It has a government debt equivalent to over 65 percent of the country’s GDP. Government debt to GDP in Angola averaged 49,75 percent from 2000 until 2017.

Statistics are based on data from the IMF’s World Economic Outlook, the World Bank’s World Development Indicators, and various countries’ national statistics offices and central banks.

IMF economists- Sean Hagan, Maurice Obstfel and Poul Thomsen- jointly blogged that one potent source of uncertainty is the role of a big debt overhang in sapping political support for reforms from the public, which could see its sacrifices as primarily benefiting creditors.

“Pretending that unpayable debts can be repaid will only sap the effectiveness of the debtor’s adjustment efforts, ultimately making all parties lose more than if they had promptly faced the facts,” the trio stated.

On the back of its warnings that servicing debts were becoming burdensome, it is thus ironic that IMF is making a comeback to the African continent.

Countries with an insatiable appetite to borrow, but struggling to repay loans, are sourcing funds from the institution.

Economists pointed out after past few years of inactivity, largely because of increased Chinese funding to Africa, the IMF was back in the fold.

This is largely attributed to falling commodity prices and rising interest rates on loans are pushing several countries into unaffordable debt like that last seen in the 1980s and 1990s.

“Despite – or is it perhaps because of – increasing volumes of Chinese financing to Africa, that oft-reviled old banker, the IMF, is making a comeback to the continent,” stated Peter Fabricius, Consultant of the Institute for Security Studies (ISS).

He noted during the 1980s and 1990s debt crisis many African countries turned to the IMF and its Bretton Woods partner institution, the World Bank, for financial bailouts but the economic formula, including African countries opening their economies to international trade, liberalizing their currencies and drastically cutting costs in exchange for loans, did not address Africa’s economic woes.

According to the expert, instead of conditionalities, China prided itself on giving or lending money with “no strings attached.”

The IMF stated nonetheless, despite the different approach, the number of sub-Saharan African countries in debt distress or facing high risk of debt distress rose from seven in 2013 to 12 in 2016.

“And so, African countries are returning to the IMF to seek bailouts,” said Fabricus.

The analyst noted China’s unconditional loans for infrastructure had considered the borrowing countries’ abilities to service the loans.

Likewise, this time around, IMF is not quite so demanding about opening economies but it is still insisting that African countries who want loans cut their spending, he added.

South Africa must swiftly slash government borrowing if it is to avoid a debt trap that would force it to seek help from IMF, Finance Minister Tito Mboweni warned.

IMF cut growth projections for Nigeria to 1,9 percent. South’s economy is projected to grow by 0,8 percent, down from 1,5 percent.

Newly-appointed South African Finance Minister, Tito Mboweni, consequently urged government against borrowing. This, he said would force the country to seek assistance from the IMF.

“When you get into a debt trap that’s where (at IMF) you end up,” he told parliamentarians.