Oil markets appear to have more or less shaken off the oil tanker attacks, with most analysts returning to focus on fundamentals and the most recent rig count 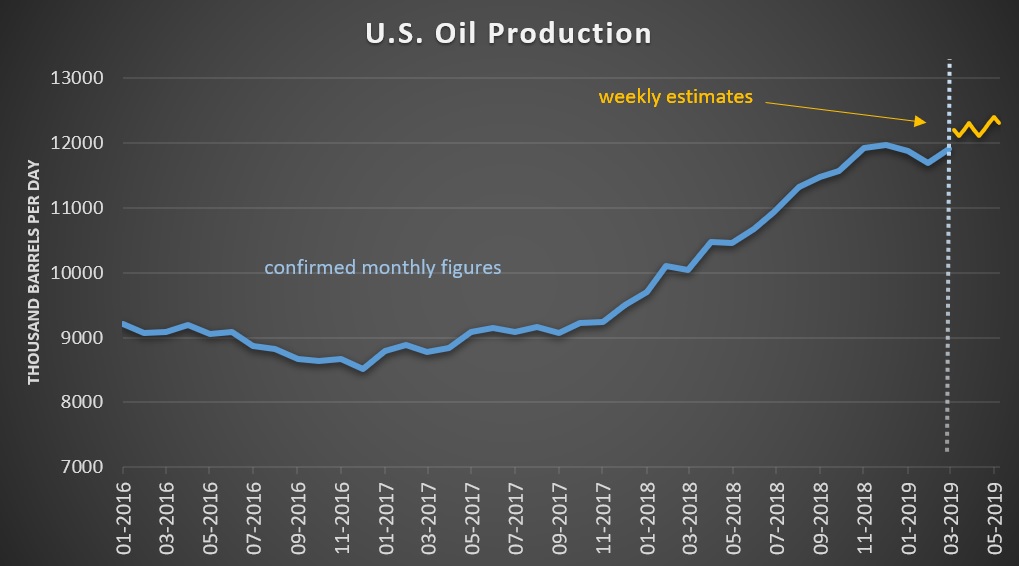 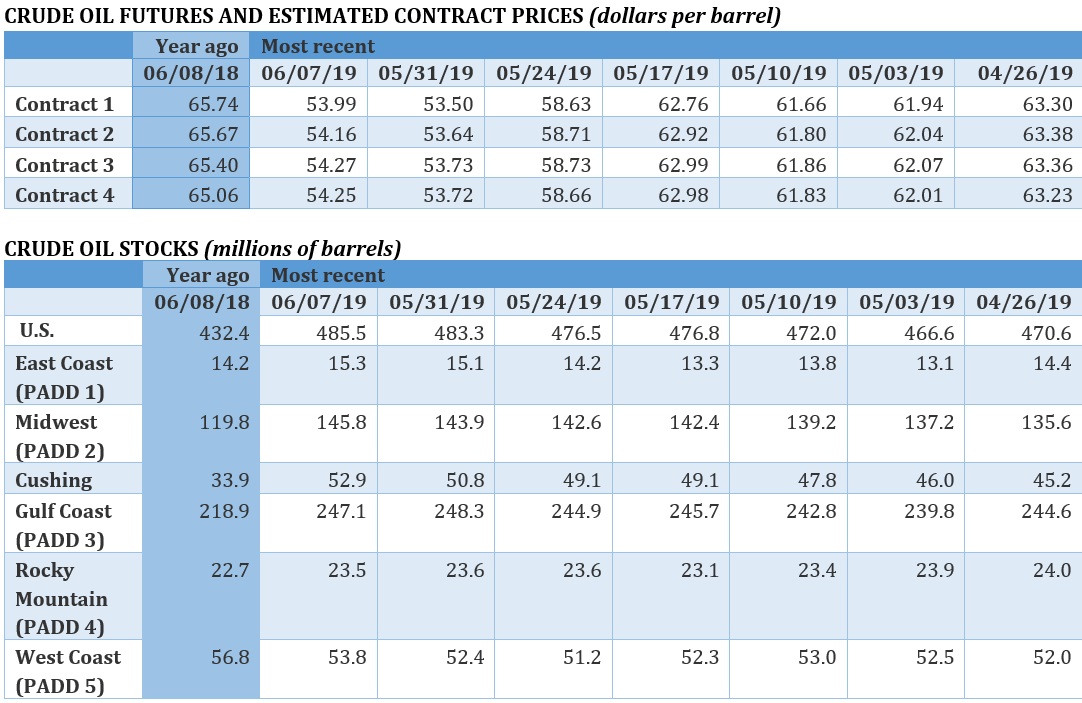 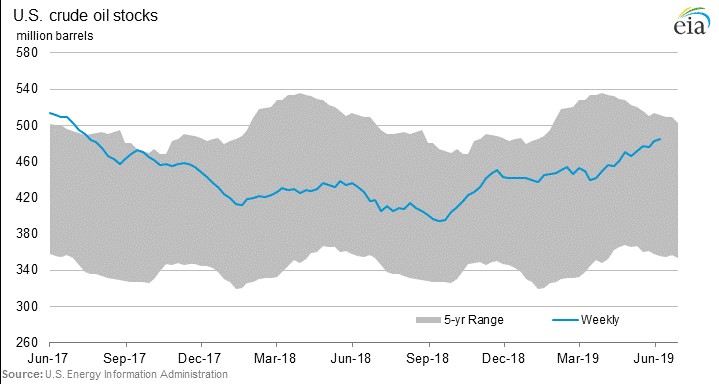 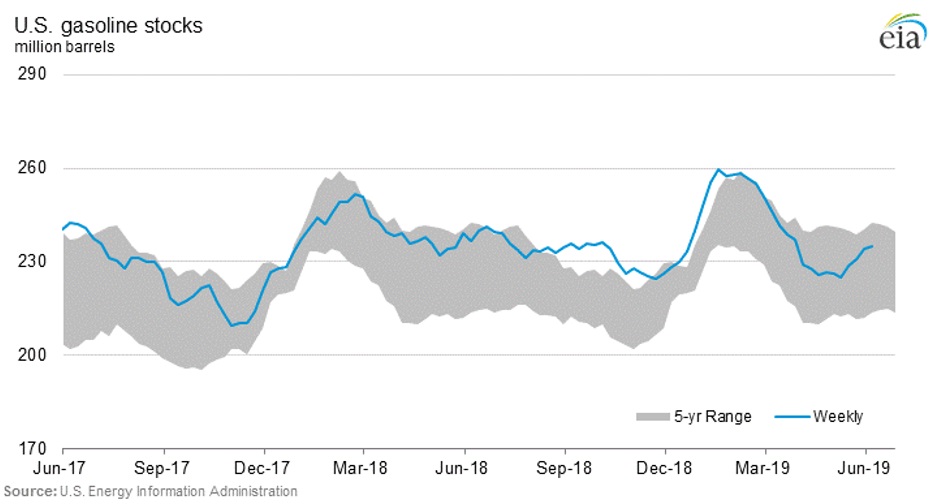 Oil prices spiked in early trading on Thursday by more than 4 percent on news from the Gulf of Oman of a tanker attack, but benchmark prices gave up some of those gains as the day wore on. In early trading on Friday, crude oil was mostly flat, as traders seemed to return to focus on fundamentals. A falling rig count then caused prices to climb.

Tensions skyrocket on tanker attacks. Two oil tankers were attacked on Thursday in the Gulf of Oman, and the U.S. government says Iran is to blame. Iran denies the charges, saying that the U.S. is waging a war of disinformation. U.S. Central Command released a video that apparently showed an Iranian patrol boat removing an unexploded mine from one of the tankers. But some experts say it is not enough evidence to jump to conclusions. Still, with tensions on the rise, the possibility of an all-out military conflict is higher than at any point in recent memory. At the same time, officials in both Tehran and Washington said that they want to avoid war. Oil prices have mostly shrugged off the news, as fears of an economic recession and cratering demand are offsetting what would normally be a major upside risk to prices.

Tanker insurance costs to rise. The risks to shipping in the Persian Gulf could lead to ballooning costs for insurance for oil tankers. “Owners that currently have their vessels in the area are checking and trying to find out more about security, crewing, insurance and legal aspects,” a London-based broker told the FT.

IEA and OPEC cut demand forecasts. In its latest Oil Market Report, the IEA lowered its demand forecast by 0.1 mb/d compared to last month’s report. For its part, OPEC revealed that it lowered its production to just 29.876 mb/d in May, down 236,000 bpd from a month earlier and down to a five-year low. The cartel also slightly cut its demand growth forecast to 1.14 mb/d this year, a downward revision of 0.07 mb/d.

U.S. gas flaring spiked by 48 percent in 2018. The rate of gas flaring in the U.S. rose by 48 percent last year, according to the Global Gas Flaring Reduction Partnership, managed by the World Bank. The world flared 145 billion cubic meters of gas in 2018, equivalent to the entire gas consumption of Central and South America.

Oil titans head to the Vatican. Pope Francis told oil executives on Friday that a “radical energy transition” to clean energy is needed. The Pope met with the CEOs from BP (NYSE: BP) and Eni (NYSE: E).

West Virginia court rulings affect shale industry. A series of rulings from the West Virginia Supreme Court could affect the shale industry. In one ruling, the court said that drilling from one property beneath an adjacent property is trespassing. The decision was a win for property owners and a setback for shale drillers. However, the industry prevailed on a separate lawsuit that shot down claims that dust, traffic and noise from gas operations were creating a nuisance.

Musk eyes 400-mile EV. Tesla’s (NASDAQ: TSLA) Elon Musk said that “it won’t be long before we have a 400-mile range car.” Tesla continues to struggle with production issues and a high cash burn rate.

UK to be net zero by 2050. In a first for a G7 nation, the UK said it would adopt laws to zero out carbon emissions by 2050. Notably, the effort has support across the political spectrum.

U.S.-China LNG relationship hinges on trade deal. If the U.S. and China can hash out a trade deal, it would lead to a wave of LNG exports from the U.S. to China. With a deal, the U.S. could account for 21 percent of China’s gas imports by 2025, according to Morgan Stanley. If the standoff continues, the U.S. would only capture 5 percent of the market.

Norway’s sovereign wealth fund eliminates ConocoPhillips. After a review, Norway’s sovereign wealth fund needs to cut out ConocoPhillips (NYSE: COP) and Hess (NYSE: HES) from its holdings. The fund aims to divest from oil exploration companies, although it still maintains holdings in integrated oil majors. “It makes sense that the Norwegian Oil Fund divests from oil majors like ConocoPhillips, which have become increasingly speculative with a weak future outlook,” Kathy Hipple, a financial analyst at the Institute for Energy Economics and Financial Analysis, said, according to Reuters.

Interest fades for SCOOP and STACK. Inconsistent production results and higher-than-expected costs has led to waning interest from shale drillers in Oklahoma’s SCOOP and STACK plays, according to Reuters. Some companies are trimming spending and pivoting to other regions.

Green groups step up litigation on public lands. According to Reuters, environmental groups have increased litigation against parcels offered by the U.S. federal government to the oil and gas industry. The strategy is an attempt to slow offerings and development.