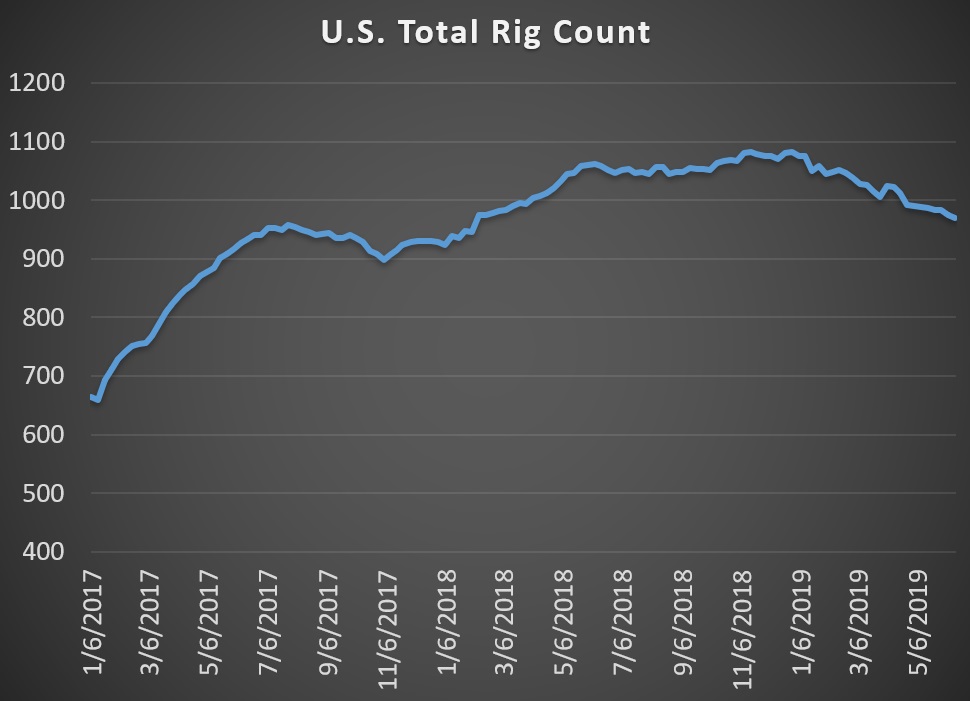 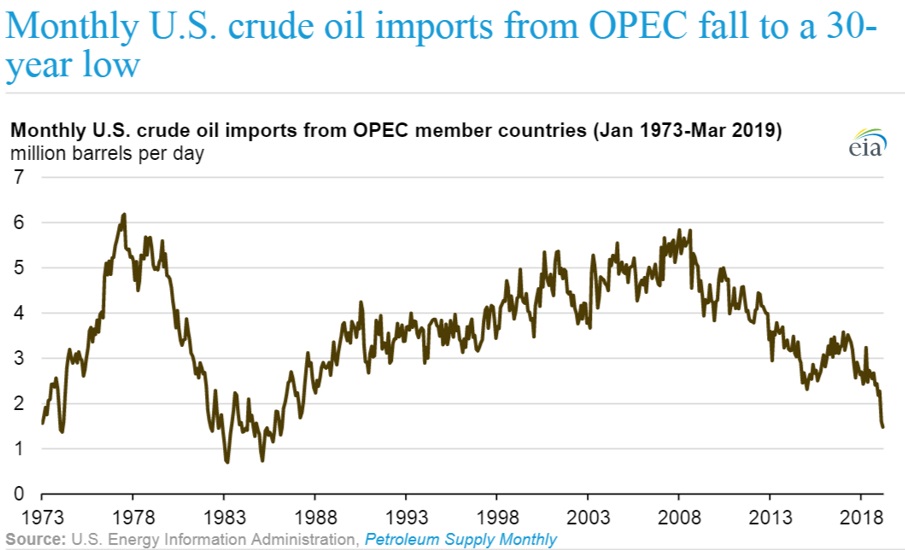 –    Most recently, however, imports from Venezuela have nearly vanished due to sanctions. Last year, the U.S. imported more than 500,000 bpd from the South American OPEC member.

–    Enterprise Product Partners (NYSE: EPD) is seeking the sale of its 50 percent joint venture stake in a recently completed south Texas oil export terminal, according to Reuters. Enterprise is considering building its own export terminal.

–    EQM Midstream Partners (NYSE: EQM) hiked the cost estimate for its Mountain Valley Pipeline, a natural gas pipeline aimed at carrying Marcellus shale gas to the U.S. southeast. Legal and regulatory challenges forced another delay – EQM said the completion date is now set for mid-2020 and the cost has climbed to $4.8-$5 billion, up from the last estimate of $4.6 billion. The original estimate was $3.5 billion with an in-service date at the end of 2018.

–    A BP (NYSE: BP) drilling rig heading to location in the North Sea was twice forced to turn back because of protestors from Greenpeace. “We are determined to stop BP drilling new oil wells in the North Sea,” Sarah North, Greenpeace International climate activist on the Arctic Sunrise said in a statement.

Oil prices started down on Tuesday but jumped quickly on hopes of a U.S.-China trade deal. President Trump said that he will have an “extended meeting” with Xi Jingping next week in Japan on the sidelines of the G-20. The Dow Jones Industrial Average surged by more than 300 points on the news.

U.S. wields cyber weapon. The U.S. is reportedly stepping up cyber infiltrations into the Russian power grid as a way of deterrence. The “American strategy has shifted more toward offense, officials say, with the placement of potentially crippling malware inside the Russian system at a depth and with an aggressiveness that had never been tried before,” the New York Times wrote.

Pompeo says U.S. doesn’t want war but keeps option on the table. “We don’t want war. We’ve done what we can to deter this,” U.S. Secretary of State Mike Pompeo said on Sunday. While the U.S. says Iran was behind the tanker attacks, some experts say there isn’t enough evidence. Meanwhile, Iran said its uranium enrichment would breach the limits of the 2015 nuclear deal within 10 days if Europe did not help it circumvent U.S. sanctions. President Trump seemed to downplay the conflict, calling the tanker attacks “very minor,” indicating a disagreement within his administration.

Saudi Arabia to push for OPEC extension. Saudi Arabia is pushing for an extension of the OPEC+ production cuts and also plans on pressing participating countries to abide by their limits rather than overproducing, a Saudi oil adviser told the Wall Street Journal. That could take 300,000 to 400,000 bpd off of the market.

Banks to include CO2 emissions in lending decisions for shippers. For the first time, a group of top banks will include greenhouse gas emissions in their decision-making when they provide loans to shipping company, according to Reuters. A group of 11 banks, making up a fifth of global shipping finance, will establish carbon intensity metrics.

Weak naptha demand a warning sign. Demand for naptha is a leading indicator of the health of the global economy because it is used in gasoline as well as in a range of petrochemicals. As Bloomberg reports, naptha demand right now is really weak, with refining margins at their weakest in years. “Naphtha demand is simply very sensitive to economic sentiment and growth,” Jan-Jacob Verschoor, London-based director of Oil Analytics Ltd., told Bloomberg. “The trade war with escalating tariffs, has killed manufacturing sentiment in the East, thereby weakening margins of petrochemical plants.”

U.S. solar to grow by 25 percent this year. Solar installations will jump to 13.3 gigawatts this year, up 25 percent from last year, according to a new report. That is sharply up from a previous estimate of only 14 percent growth. The upward revision comes as the U.S. installed 2.7 GW in the first quarter, a record high for the first three months of the year.

New York and EU aim for net-zero CO2. The state of New York is on the verge of passing into law one of the most ambitious state-level climate rules, which would slash the state’s CO2 emissions by 40 percent below 1990 levels by 2030 and then by 85 percent by 2050. The remaining 15 percent would be offset. The European Union is close to a deal on a similar target.

Democrats support oil and gas disclosure requirements. Most leading Democratic candidates for president support strengthening standards through the Securities and Exchange Commission to require the oil and gas industry to disclose their risks to climate change.

Childhood cancer in PA worries shale gas industry. A raft of rare cancer has hit southwestern Pennsylvania, near a concentration of shale gas operations. A group of 100 environmental organizations sent a letter to the PA Governor Tom Wolf, calling for an investigation into the links between the two. The letter also requests a halt to new permitting for shale drilling.

Canadian oil outlook downgraded on pipeline woes. The Canadian Association of Petroleum Producers (CAPP) lowered its medium-term production growth forecast due to the lack of pipelines. The group now sees Canadian oil growing by 1.4 percent per year, half the rate the group expected five years ago.

Shipping costs soar. Because of the tanker attacks in the Gulf of Oman, insurance costs have spiked. According to Bloomberg, war risk premiums have shot up to $185,000 for supertankers traveling to the Persian Gulf, and were up to $50,000 last month after the first wave of attacks.

ConocoPhillips to step up Eagle Ford drilling. ConocoPhillips (NYSE: COP) is preparing for an increase of drilling in the Eagle Ford shale. Conoco’s subsidiary, Burlington Resources, is looking to obtain permits for 13 wells.