Oil prices rebounded on Friday morning on the back of some positive U.S. crude data, but the rebound doesn’t look likely to last as the world economy struggles 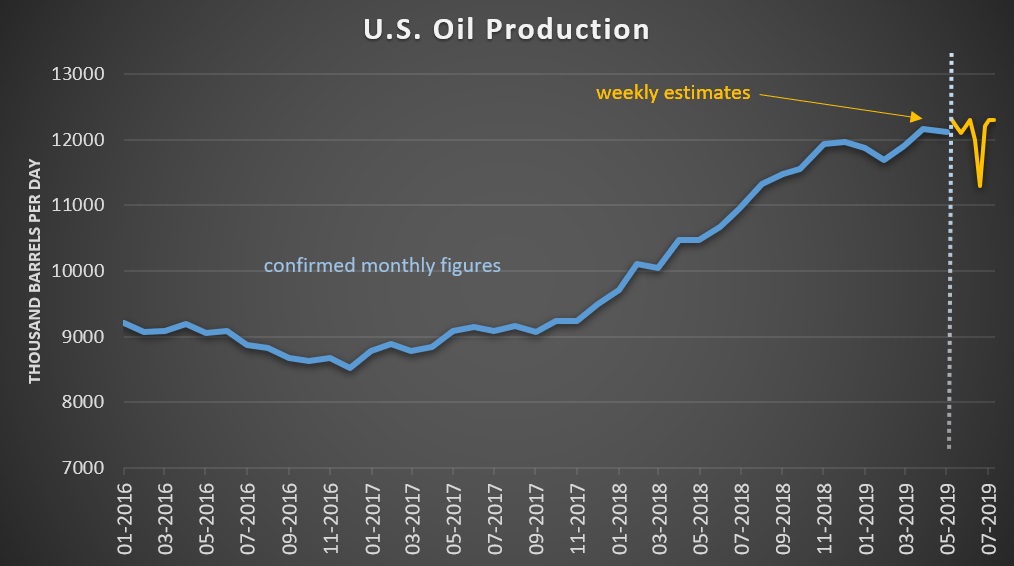 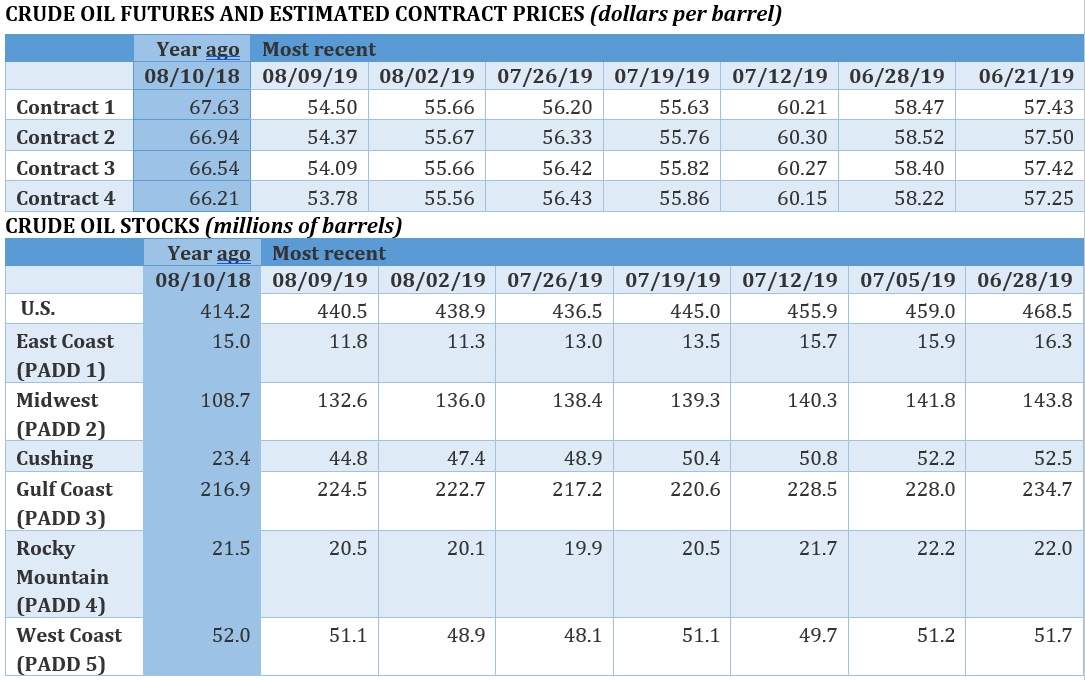 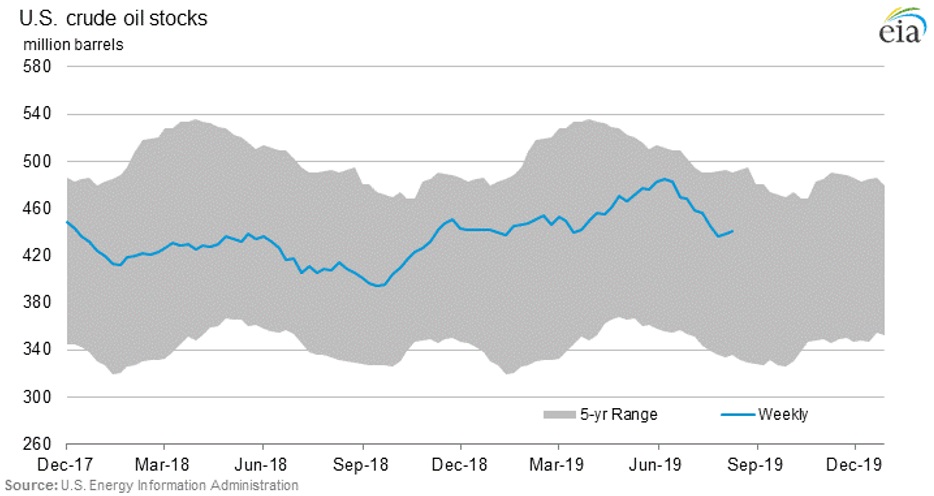 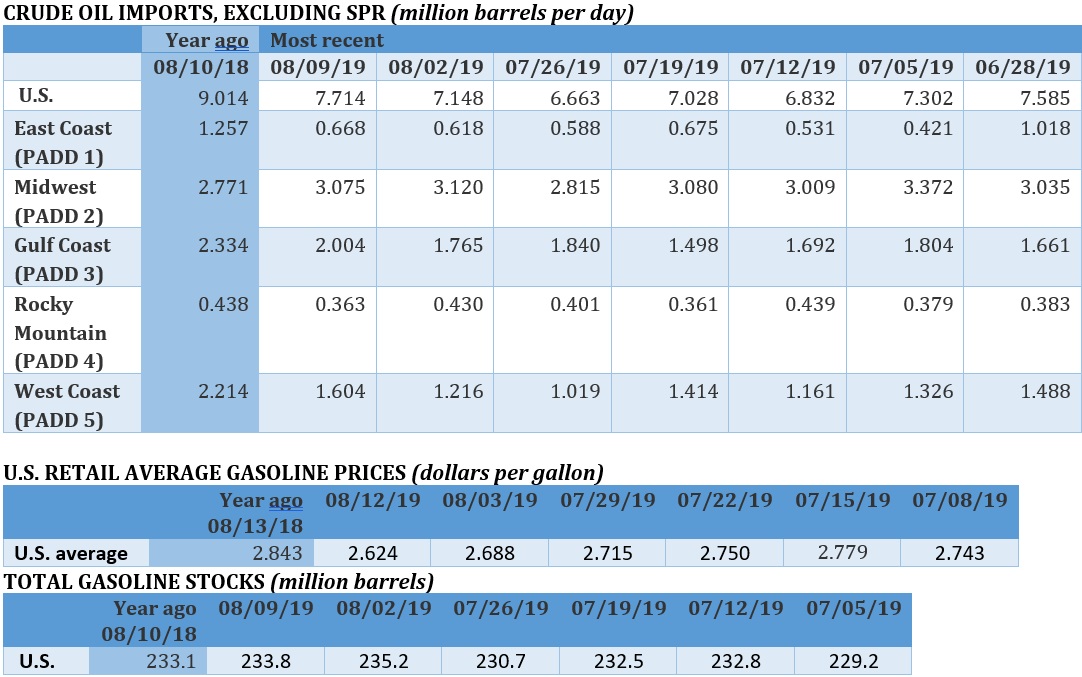 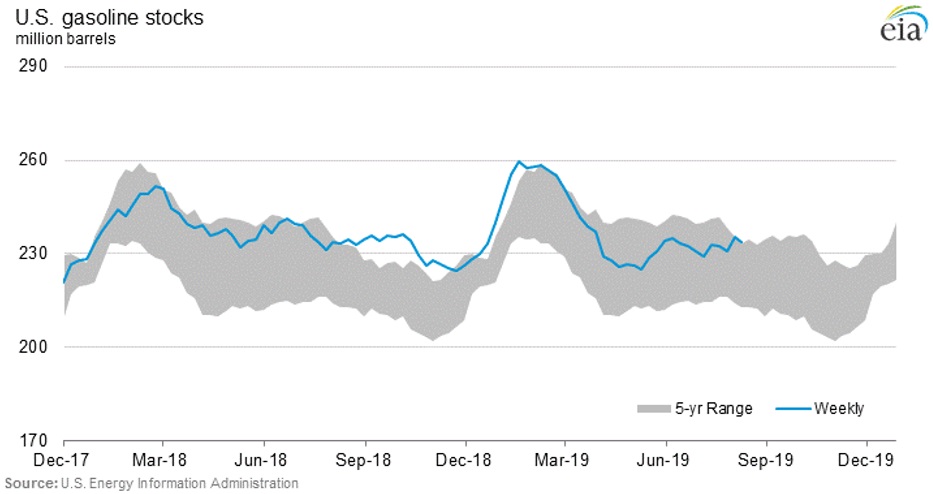 Oil rebounded in early trading on Friday after data showed that retail sales in the U.S. remain strong, but fears of a global slowdown have not been fully allayed. “The rebound has a corrective look about it on thin volumes, rather than a beachhead for an impending rebound,” Jeffrey Halley, senior market analyst at OANDA, told Reuters. “Overall, U.S. data continues to be a bright spot in a dark economic universe.”

Economic recession fears. The inverted yield curve spread concerns about a looming economic recession. Crude oil was not spared the global selloff this week. Data from China and Germany this week raised more red flags. The one bright spot has been U.S. consumer spending, which picked up in July.

WTO: Trade is slowing. WTO said that trade volumes could contract in the third quarter.

EPA to end methane limits. The Trump administration is hoping to end regulation on methane emissions, something that the industry has said that it does not want. The proposal would prevent the federal government from regulating methane from oil wells and infrastructure.

Harold Hamm wants shale output cuts. Continental Resources (NYSE: CLR) CEO Harold Hamm said that both OPEC+ and U.S. shale should cut production in order to balance the market. U.S. shale producers “need to row our own boat,” he said this week at an industry conference. “We need to make sure we don’t oversupply the market.”

Oil and gas bankruptcies on the rise. Through August, the number of bankruptcies in the U.S. oil and gas industry this year has nearly reached the 2018 total. The total volume of debt affected so far ($20 billion) has surpassed last year’s figure ($17 billion), according to Haynes & Boone.

Saudis and Trump battle on oil prices. A Reuters analysis posits that Saudi Arabia and Donald Trump tend to both jawbone the oil market when prices get too far away from their preferred range. Just as soon as Brent neared $60 per barrel recently, rumors surfaced that Saudi Arabia was considering deeper action to rescue prices. The rumor alone sent oil prices up. But in the past few years, whenever Brent rises into the $70s, Trump has lambasted OPEC, demanding lower prices. The result is Brent trapped between $60 and $75.

Ethanol prices hit 5-year low. Ethanol futures prices for September delivery fell to $1.27 per gallon, a five-year low. The U.S. EPA issued a series of waivers a week ago to 31 oil refineries, causing havoc in the market for ethanol and blending credits. “The Trump administration has totally annihilated the margins for ethanol producers,” Charlie Sernatinger, head of global grains futures with ED&F Man Capital Markets, said, according to the Wall Street Journal.

Rosneft shifts to euros. Rosneft asked buyers of a naptha cargo to use euros, the first time it has done so, according to Reuters.

Two Permian pipelines start up. EPIC Midstream Holdings Inc. began shipping crude on Thursday on its 400,000-bpd pipeline from the Permian to the Gulf Coast, helping to push up Midland crude prices, according to Reuters. A second pipeline, the Cactus II pipeline from Plains All American (NYSE: PAA), also began operations this week. That line has a capacity of 670,000 bpd. Midland crude trades at a slight premium to WTI, after suffering steep discounts last year because of a lack of pipelines.

EQT among world’s fastest growing gas producers. Russia’s Gazprom, PetroChina and Pittsburgh-based EQT (NYSE: EQT) are ranked as the world’s fastest growing natural gas companies over the last five years, according to Rystad Energy. However, EQT has announced an abrupt slowdown in its expansion plans as its finances have proved to be disappointing.