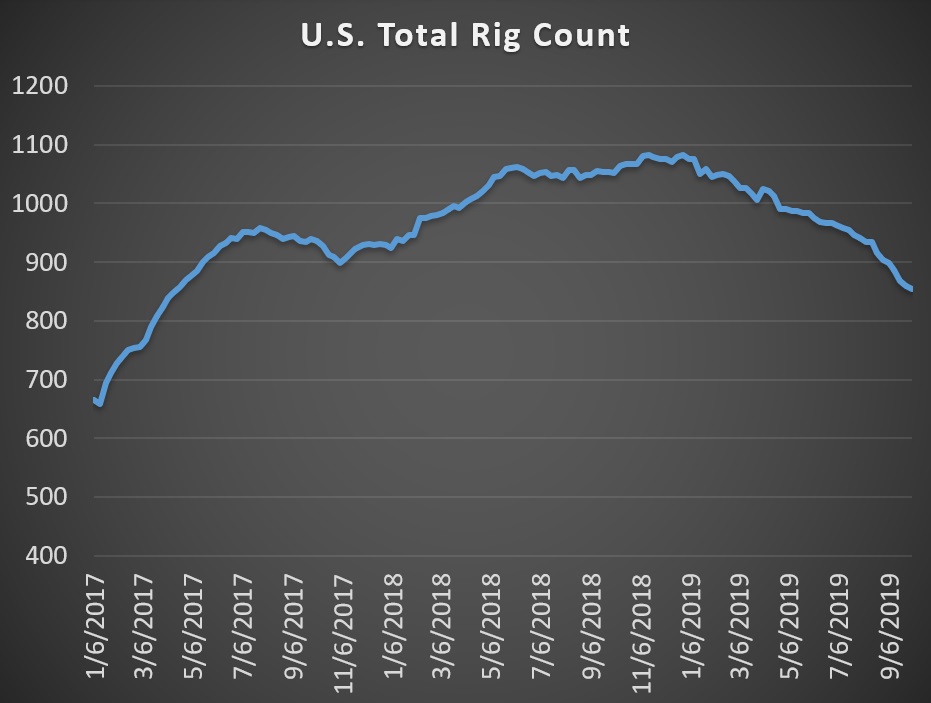 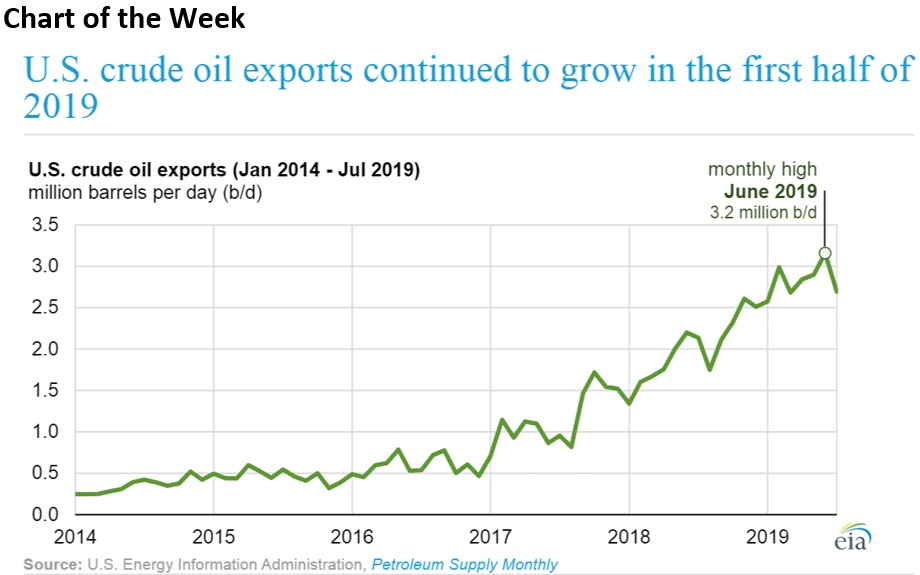 –    Occidental Petroleum (NYSE: OXY) will delay its plans to divest part ownership in pipeline operators Western Midstream Partners (NYSE: WES) until next year because it could not find attractive offers.

U.S.-China trade talks resume on October 10, a high stakes negotiation that leaves the global economy in the balance. Bloomberg reported that China is likely going to attempt to narrow the talks, removing any proposal of reforms to industrial policy and intellectual property. With the Trump administration on the backfoot due to a weakening economy and a mushrooming impeachment investigation, Beijing may believe it has the upper hand. That does not bode well for a trade breakthrough.

Trump plans Syria withdrawal. Turning back on a longstanding partnership with Kurdish allies, President Trump said that Turkey was free to launch an invasion to sweep aside Kurdish fighters in Northern Syria. The move sparked a bipartisan rebuke, denouncing Trump for abandoning allies.

China pulls out of Iran gas project. CNCP has exited a $5 billion natural gas project in Iran due to pressure from U.S. sanctions. Iran had hoped that CNPC would take over from Total SA (NYSE: TOT), which withdrew in the face of sanctions last year. The departure of CNPC is another blow to the Iranian economy.

Sec. Perry engulfed in impeachment inquiry. Secretary of Energy Rick Perry reportedly attempted to install two U.S. executives onto the board of Ukraine’s Naftogaz, sweeping him into the center of the impeachment inquiry in the United States. He has denied any involvement.

Saudi Arabia and Iran quietly try diplomacy. Saudi Arabia and Iran are tentatively opening a diplomatic avenue to de-escalate tension, dramatically reducing the odds of a hot war. The New York Times reports that the Trump administration’s refusal to attack Iran led to the thaw, as Riyadh came to the conclusion that it cannot count on Washington. “The anti-Iran alliance is not just faltering, it’s crumbling,” Martin Indyk, a distinguished fellow at Council on Foreign Relations and a former senior diplomat, said Thursday on Twitter. “MBZ has struck his deal with Iran; MBS is not far behind.”

Tighter oil market in 2020s? While oil futures over the next few years remain subdued, a new report says that the market could tighten up significantly in the 2020s, cutting against a narrative of peak demand and oversupply. “[W]e are increasingly confident that failure of demand growth to crater, much less peak, constitutes the next big ‘surprise’ in the oil market,” Rapidan Energy said in a note. Spare capacity is “too low to cap prices, much less mitigate geopolitical risk.” The consultancy is skeptical of the mass adoption of EVs and says demand will continue to rise.

Permian flaring stays near record high. The rate of flaring and venting in the Permian basin stabilized in the range of 600 million to 650 million cubic feet per day in the third quarter, according to Rystad Energy. The recent startup of the Gulf Coast Express natural gas pipeline could reduce venting and flaring in the fourth quarter.  “However, it should be noted that the significant number of new well connections in the second half of 2019 might result in a sustained high flaring level, because from an operational perspective, associated gas flaring is normal in the first two weeks following an oil well completion,” Artem Abramov of Rystad Energy said in a statement.

Credit redetermination could hurt U.S. shale. For the first time since 2016, lenders could cut the credit available to shale drillers, which could tighten the noose on the shale boom. According to a survey from Haynes and Boone, a majority of respondents – including both oil and financial executives – expect tighter credit conditions in the latest redetermination period.

Oil shipping costs soar. The cost of chartering a very large crude carrier (VLCC) from the U.S. Gulf Coast to Asia has spiked by $10 million, or $5 per barrel, in the wake of American sanctions on a Chinese shipping giant. The move comes at a time when another portion of tankers are sidelined as they are undergoing maintenance ahead of IMO regulations on maritime fuels. The soaring cost of shipping could curtail U.S. oil exports, which may depress WTI relative to other benchmarks. “Asia has been pulling barrels from everywhere,” Michael Tran, an analyst with RBC Capital Markets, told the WSJ. “If it becomes uneconomical to ship U.S. barrels to Asia, that essentially leaves barrels stranded in the U.S.”

Big Oil sells high-carbon assets…but emissions may not decline. Under pressure from shareholders, the oil majors are exiting high-carbon projects. But divestment often means offloading the project to a smaller company who has more aggressive plans for development. The conundrum is a major challenge as the oil industry seeks to lower emissions.