Both OPEC and the IEA released key reports this week, both of which pointed to some major worries for the oil cartel, yet oil markets seem not to have noticed. 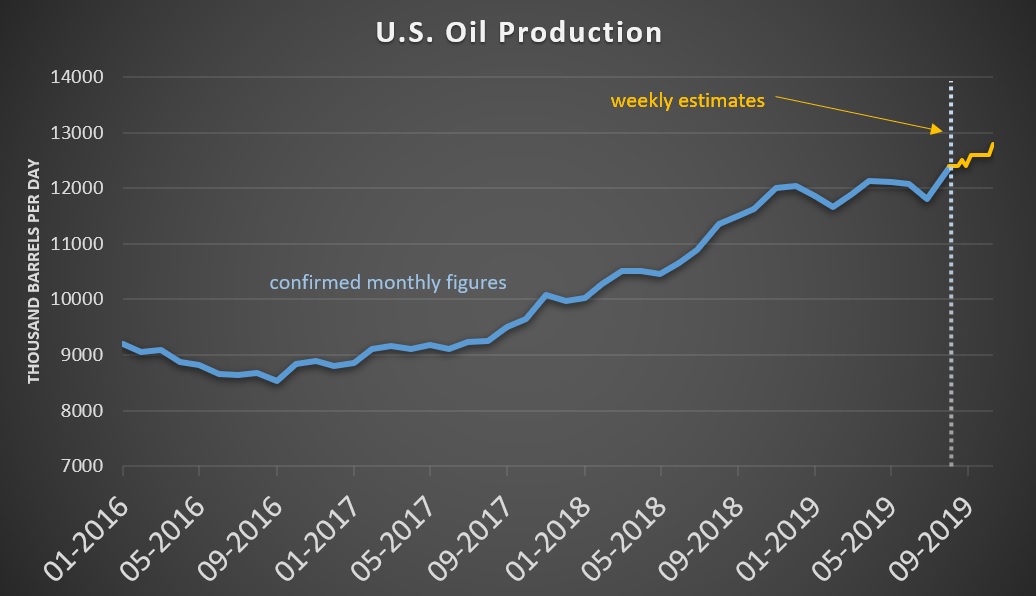 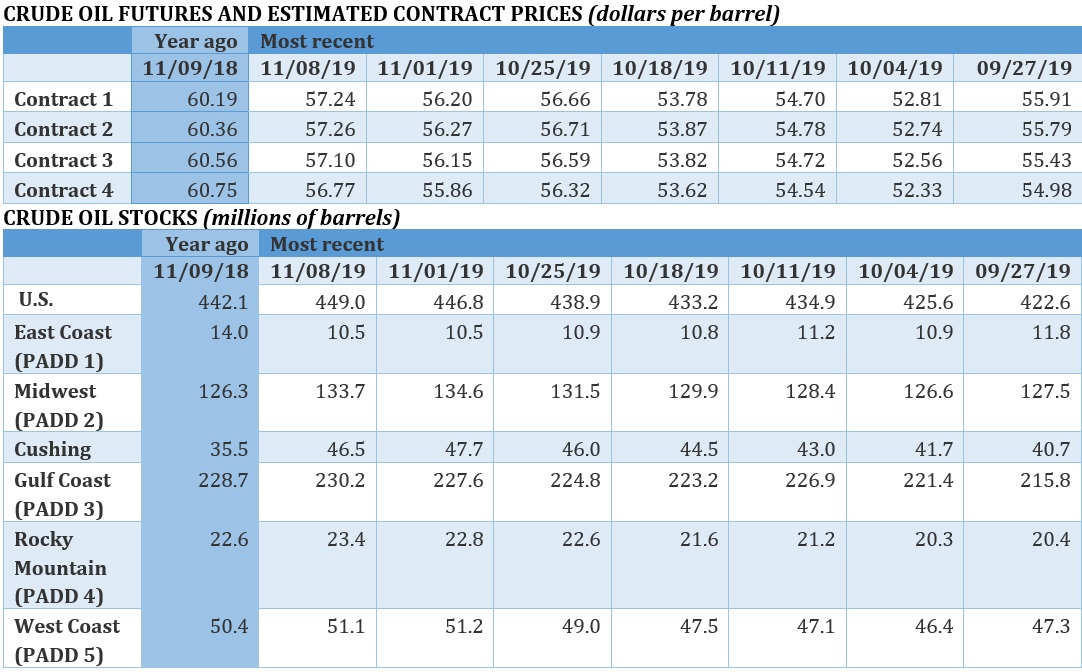 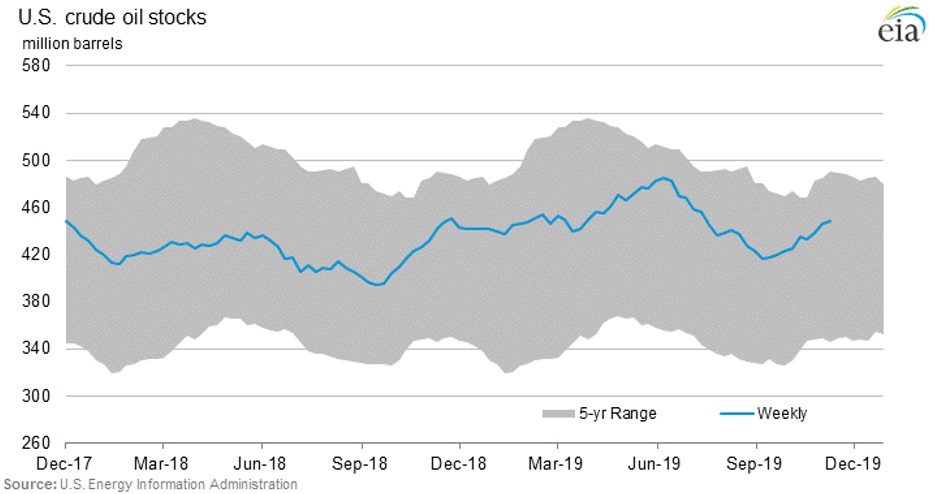 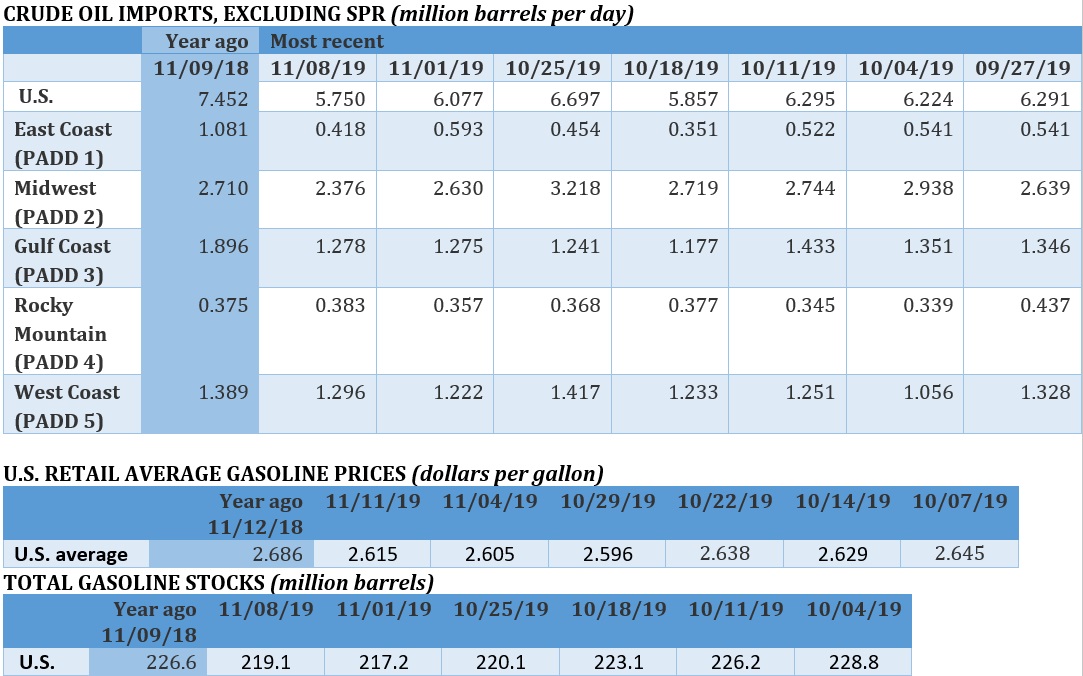 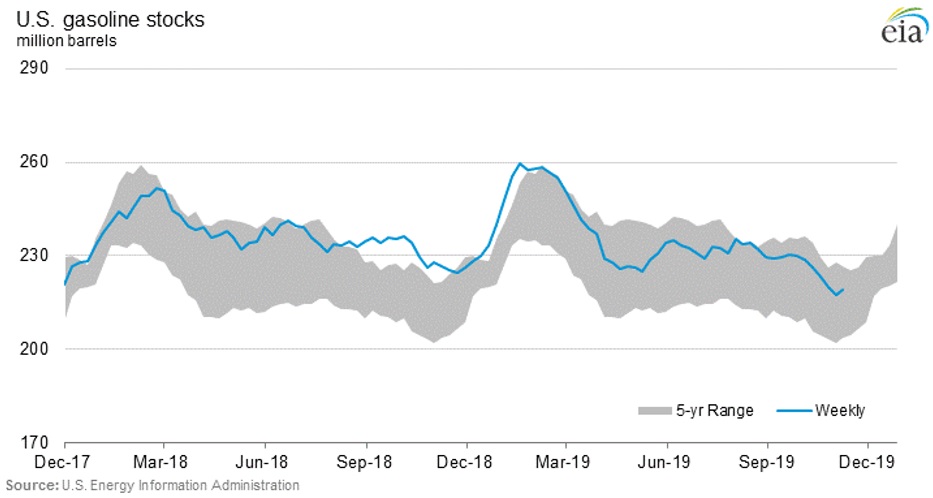 It was a big week for oil market data and projections this week, with both OPEC and the IEA releasing some key reports for the industry. Despite this influx of new data, oil is set to close out the week little changed from a week earlier. It was a relatively quiet week in terms of volatility, with the U.S.-China trade war maintaining its firm grip over oil markets.

IEA: OPEC faces “major challenge” in 2020. Weak demand and rising non-OPEC supply presents a “major challenge” to OPEC next year, according to a new report from the IEA. The agency said that non-OPEC supply could grow by 2.3 mb/d in 2020, higher than the 1.8 mb/d this year. As a result, demand for OPEC’s oil will decline by around 1 mb/d. “The hefty supply cushion that is likely to build up during the first half of next year will offer cold comfort to OPEC+ ministers gathering in Vienna at the start of next month,” it added.

European Investment bank ends lending to fossil fuels. The European Investment Bank announced on Thursday plans to end financing for fossil fuel projects around the world, a decision that will take effect in 2021. In the interim, only projects currently in the works will go forward. Instead, the EIB said it would unlock 1 trillion euros ($1.1 trillion) for climate change action. “We will stop financing fossil fuels and we will launch the most ambitious climate investment strategy of any public financial institution anywhere,” said EIB President Werner Hoyer. The EIB is the world’s largest multilateral lender.

Offshore oil to peak in 2020. Offshore oil production could hit a peak in 2020 before entering decline. After supply additions next year, a dearth of new projects go forward, according to a report from Sanford Bernstein. For investors, the opportunity is huge because there is a scenario in which industry spending falls but oil prices rise. The recent failed auction in Brazil lends some weight to the theory that the industry might stay away from future offshore spending.

All signs point to OPEC+ extension, not deeper cut. OPEC+ is likely to extend its production cuts through the end of 2020 at the upcoming meeting in Vienna, rather than deepening the cuts. “There is always a risk that if we cut deeper and prices rise, those [U.S.] companies could change their plans to hike production,” a Gulf OPEC delegate told the Wall Street Journal. “OPEC would ensure that won’t happen.”

Tullow Oil plunges on poor outlook in Guyana. Tullow Oil (LON: TLW) saw its share price nosedive by 27 percent this week after it said it is reassessing the commercial viability of its oil discoveries in Guyana. The oil has a high sulfur content, the company said. “We expect investors to worry about the projects’ value,” Al Stanton, an analyst at at RBC Europe Ltd., said in a note. Hess (NYSE: HES), which also has a lot on the line in Guyana, fell by nearly 5 percent after Tullow’s announcement.

IEA: Oil demand to peak in 2030s, but not emissions. The IEA released its highly-anticipated annual World Energy Outlook this week, complete with forecasts to 2040. The agency said that oil demand will likely plateau in the 2030s, but emissions are still on track to rise through 2040. The IEA also saw U.S. shale growing strongly through 2030, nearly doubling in output, despite the current slowdown.

Lithium miners hit by EV downturn. The lithium industry has hit its first major downturn as global lithium supply has surpassed demand by around 5 percent, according to Reuters. That is also the result of slowing EV sales in China as the government pares back subsidies.

IAEA: Iran resumes uranium enrichment. The IAEA said in a report this week that Iran has resumed uranium enrichment at its underground Fordow plant. In the first signs of a crack, some European diplomats raised the prospect of a return of sanctions on Iran.

Daimler to cut 1 billion in personnel. Daimler plans to cut 1.4 billion euros in personnel costs and warned that the push for EVs will cut into profits. “The industry is in transformation,” chief executive Ola Källenius told investors in London. “We have to do this.” Tighter European standards on the transportation sector take effect in 2020.