Oil prices fell on Friday as OPEC+ decided not to move its March meeting forward while Russia indicated that it currently has no intentions to cut production further. 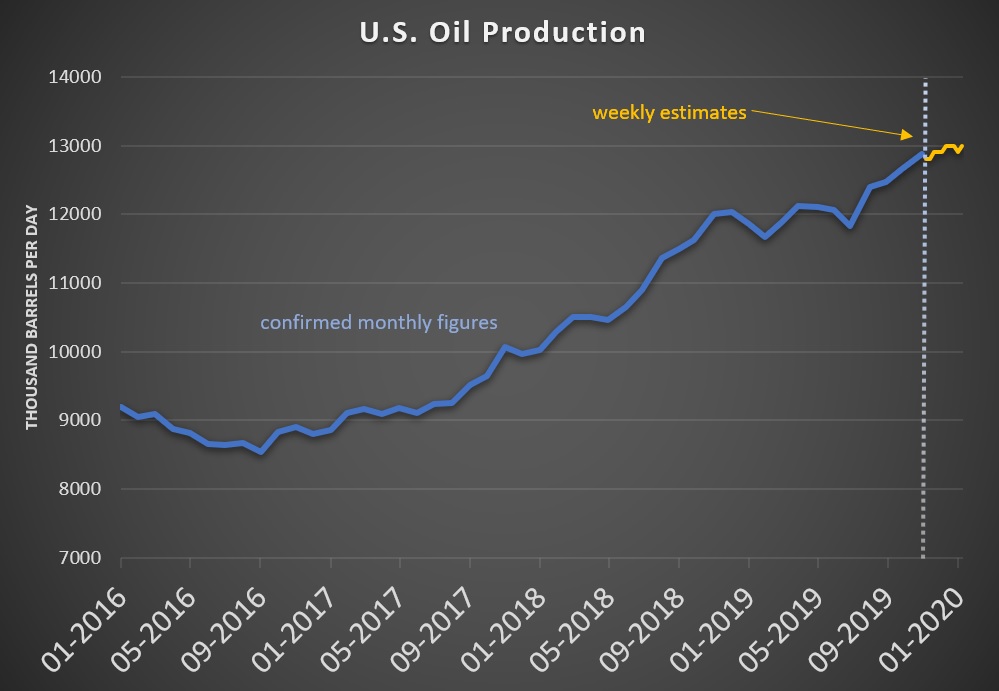 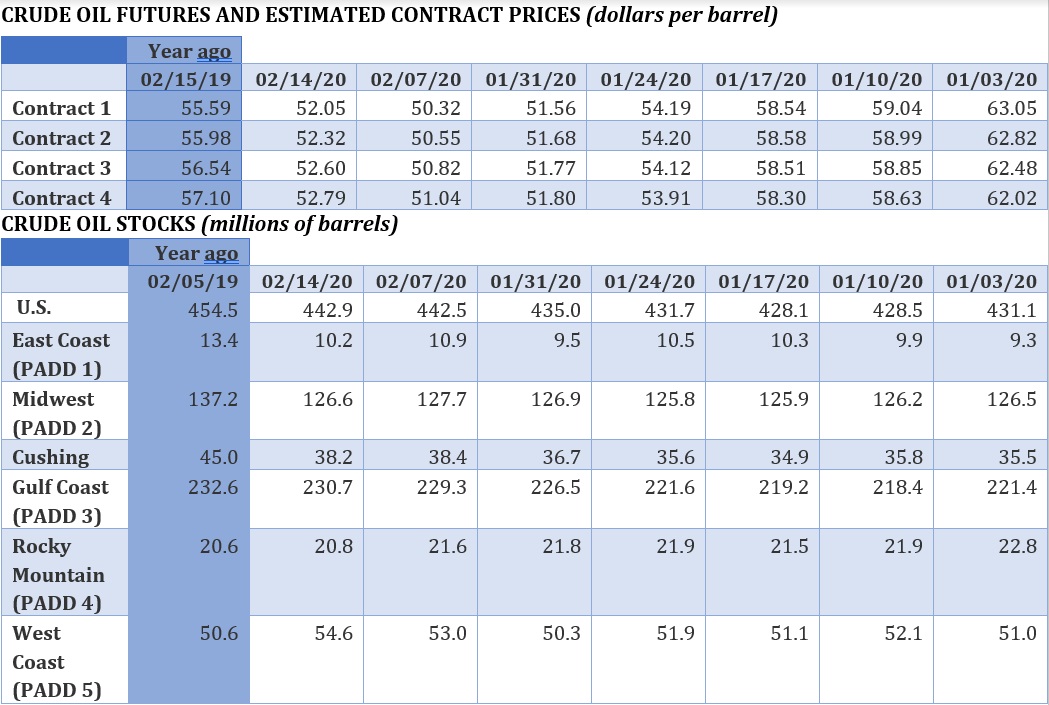 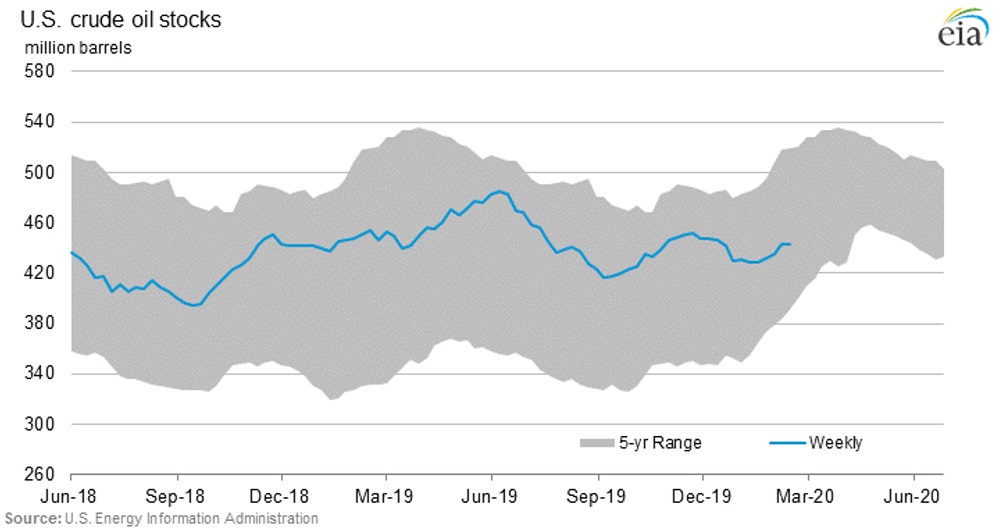 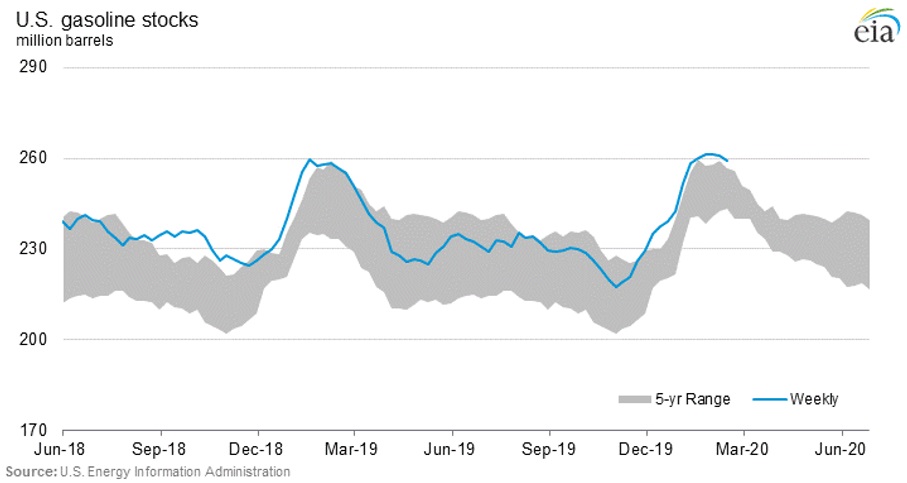 –    The offshore driller Noble Corp. (NYSE:NE) saw a robust 12% surge yesterday after its Q4 losses turned out to be lower than expected amidst increasing floating and jack-up rig commitments.

–    The Spanish Repsol’s (MCE:REP) shares dropped yesterday as its Q4 profits fell 36% and EBITDA decreased 16%, as writedowns bit deep into the major’s profitability.

Weak Chinese recovery prospects that hinder East Asia’s industrial output, coupled with better than expected US crude inventory data have pushed oil prices down even further. With Russia indicating that it would make no sense to meet before the planned OPEC+ summit on March 06, there remains a potential for crude prices to drop even lower given the sizeable supply surplus that is still on the market.

Hubei Mandates Further 3 Weeks of Shutdown. Hubei Province authorities have instructed all companies to stay closed for further 3 weeks, until March 11, pointing to a slower-than-expected Chinese economic recovery. As of today, the Chinese coronavirus tally hit 75,465 confirmed cases with more than 2200 deaths. Fuel demand in Hubei itself has dropped more than 80%, whilst Chinese aggregate demand for gasoline, diesel and jet fuel dropped 36% in Q1 2020. In volumetric terms, gasoline will be the hardest-hit, as the February 2020 demand has decreased month-on-month a whopping 1.1mbpd.

US Treasury Sanctions Rosneft Trading. The US Treasury Department has put the Swiss-based Rosneft Trading and its president Didier Casemiro on its sanctions list. Despite giving European nations only a day’s advance notice, the move stipulates a 90-day “disentanglement” period for all parties to cease their activities with Rosneft Trading. Rosneft Trading is used for third-party trading exclusively, therefore the financial impact of the sanctions on Rosneft (MCX:ROSN) itself is rather muted (as might be ascertained by Rosneft’s stock price shrugging it off).

Bombing of Tripoli’s Port Aggravates Libya Situation. The UN-brokered peace talks in Libya have crumbled as Field Marshal Haftar started to bomb the port of Tripoli starting Wednesday, forcing the Libyan NOC to evacuate fuel vessels and stop all loading operations. With the Zawiya Refinery shut since February 08, supplying Tripoli with fuel has been increasingly difficult and the port attacks seems a clear cut attempt to exhaust the GNA. Libyan oil production dropped to 0.122 mbpd as of February 20, according to the NOC-issued information bulletin.

Azeri Plunging from All-Time High. Azeri crude values are looking back to a remarkably tumultuous 2 weeks – after attaining an all-time high in premiums vs Dated Brent (at +6.90 USD/bbl), buyers in its traditional market outlet in the Mediterranean have shifted their sight to cheaper West-African replacements and US grades, too. Consequently, when SOCAR started to offer its mid-March cargoes it could barely find a buyer with a price offer of some +3 USD/bbl against Dated Brent.

Malaysia and Indonesia Go For Crude Swaps. The national oil companies of Malaysia and Indonesia, Petronas (KL:6033) and Pertamina, have signed a framework deal that would allow them to swap crude as part of their refinery optimization strategies. Malaysia generally produces light sweet grades like Kimanis or Kikeh, whilst Indonesian production is more to the medium sweet side. Valued by the sides at $0.5 billion, the contract also accounts for potential product swaps (read: Malaysian gasoline to Indonesia) and further cross-investment into each other’s upstream sectors.

Mexico Mandates Road Transport ULSD Switch. The Mexican government has adopted a new environmental rule which would require that all truck and bus manufacturers and retailers market only vehicles running on ultra-low-sulfur diesel (ULSD) starting from January 2021. The national oil company PEMEX estimates that the domestic availability of ULSD currently stands at 86%, i.e. it would either need to ramp up imports by then or to reoptimize its refinery runs.

Shell Reiterates its Faith in LNG Growth. Shell has presented its 2020 LNG outlook, stipulating that global LNG demand will double by 2040 to 700 million tons LNG. The Anglo-Dutch major reckons Asia will remain the key growth region for LNG, to the extent that Europe will soon cease to be the balancing market and Asian consumers will be able to fully digest most of the supply growth.

Europe Dropping April LNG Loaders from US. LNG deliveries from the US to Europe have become economically unviable on the back of the regional spreads narrowing. With landed LNG prices oscillating between 2.15-2.3 per MMBtu in the UK, France and Spain, buyers are cancelling their April-loading US cargoes, among them the Spanish Naturgy (MCE:NTGY) balking its Cheniere (NYSE:LNG) cargo. US exporters usually sell at 115% of Henry Hub futures plus the liquefaction fee.

Total Receives Latest Oman Gas License. The Sultanate of Oman signed a PSA with operator Total (NYSE:TOT, the share is 80%) and Thailand’s PTTEP (remaining 20%) on developing non-associated gas deposits in Block 12, spanning 9 546 km2 in central Oman, adjacent to the Saudi border. Facing a seemingly terminal decline in oil production, Oman has been refashioning its policy towards a predominantly gas-based future.

Coronavirus Grinds African Pipeline Construction to a Halt. Only a month after it received the required construction permit from Niger’s government, the Chinese CNODC (a JV of CNPC and Petrochina, NYSE:PTR) was forced to stop the construction of the Niger-Benin pipeline, expected to be commissioned in early 2022, for fear of coronavirus spreading amongst the staff as it could not guarantee that newly-arriving specialists from China would not be carrying the virus into Western Africa.

Iraq Guards Oil Infrastructure. With anti-government protests continuing to haunt Iraqi society, the new prime minister Mohammed Tawfiq Allawi has ordered to reinforce security around key oil fields in the southern province of Basrah so as to avoid the repetition of production disruptions (as in January 2020 with the 90kbpd al-Ahdab field). A new oil minister is expected to be nominated later this week.