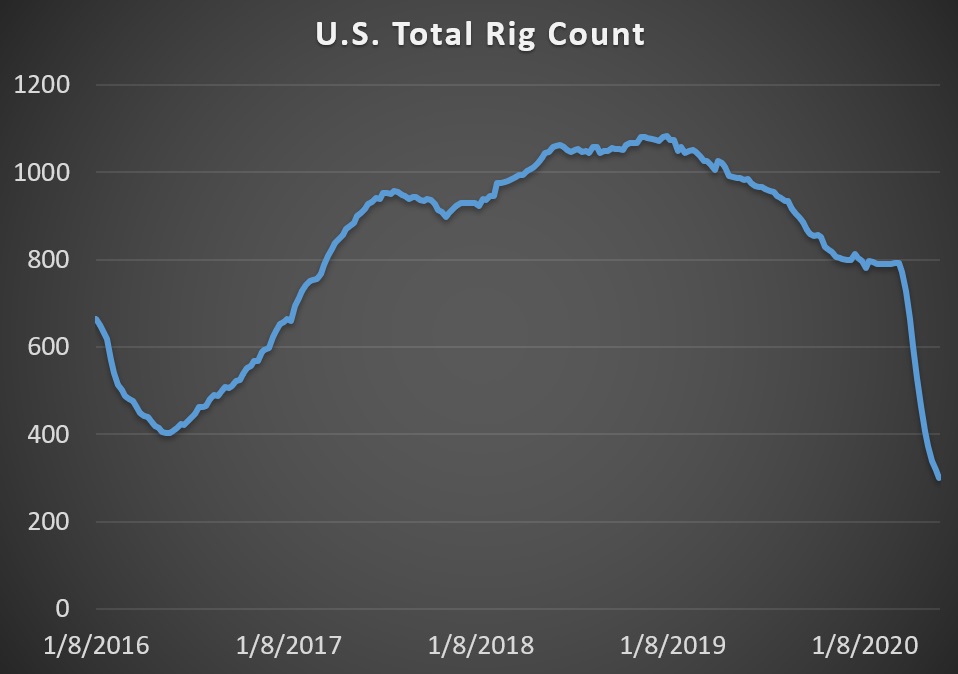 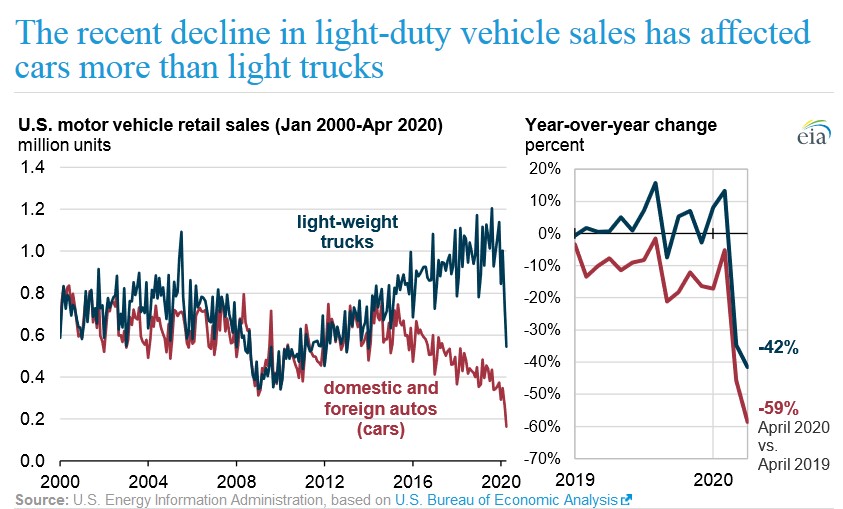 –    “The U.S. Energy Information Administration’s (EIA) estimates of the sales-weighted average fuel economies of 33.9 miles per gallon (mpg) in March and 33.6 mpg in April are slightly lower than they would be if market shares had remained the same as in 2019,” the EIA wrote in a report.

–    Hess (NYSE: HES) rose to its highest level in three months after Citi upgraded its shares to Buy with a $60 price target.

–    Parsley (NYSE: PE) said that it restored the “vast majority” of its shut in wells.

–    Seadrill (NYSE: SDRL) has written down the value of its drilling rigs by $1.2 billion and has hired a team to for debt restructuring. The company intends to delist from the New York Stock Exchange later this month.

Oil prices rose once again on rising odds of an OPEC+ extension. Brent is now nearing $40 per barrel, a remarkable comeback after crashing below $20 per barrel a little more than a month ago.

Offshore oil collapsing. In the North Sea, almost a third of the oil left on the UK continental shelf is no longer economical to extract. The rig count in the Gulf of Mexico has also fallen by almost half.

China approves $20 billion mega petrochem project. In an effort at infrastructure stimulus, China is reviving a $20 billion petrochemical project in Shandong province. “The 400,000 barrel-per-day (bpd) refinery and 3 million tonne-per-year ethylene plant in Yantai, Shandong, the country’s hub for independent oil refineries, was proposed years ago but approval has been slowing in coming because of China’s struggle with excess refining capacity,” Reuters reported.

Occidental cuts dividend to a penny. Occidental Petroleum (NYSE: OXY) cut its quarterly dividend by 91 percent, and shareholders will only receive one penny per share on July 15. In March, Oxy cut its dividend to 11 cents, from 79 cents previously.

Permian gas flaring to fall by half. The rate of gas flaring in the Permian basin may decline from 600 million cubic feet per day (mcf/d) at the beginning of the year to just 300 mcf/d in the second half of 2020. “In the second quarter we will definitely see a massive decline,” said Artem Abramov, head of shale research at Rystad. “More or less all fracking activities are on hold. Where there is still activity going on it is marginal.”

Eurozone PMIs rebounding. IHS Markit’s Manufacturing Purchasing Managers’ Index for the Eurozone rose to 39.4 in May from the low point in April of 33.4. Below 50 is still a contraction. Likewise, PMIs in the U.S. are also beginning to rebound.

EV sales in China shrink. April was a bad month for EVs in China – overall sales fell even as the broader car market grew. EV sales were down 27 percent in China in April, but gasoline cars rose by 6 percent. Still, Beijing boosted its target for EVs to 25 percent of total sales by 2025, up from a previous goal of 20 percent.

IMF warns investors about climate change. The International Monetary Fund said that investors are not ready for the effects of climate change. Companies affected by drought, wildfires, floods and storms will see severe hits to their valuations, the Fund said. The costs could top $1 trillion annually by 2050.

Solar costs fall as demand shrinks. Chinese solar parts manufacturers have cut costs for solar components like wafers and cells by as much as 20 percent as demand growth has slowed. Price cuts are bad for manufacturers, but it could also stoke demand.

Texas solar companies hiring oil and gas workers. The oil and gas industry in Texas lost 90,000 jobs in the last few months. Clean energy industries are also slashing payroll, but could rebound faster than fossil fuels. “We are hiring oil and gas refugees for sure,” Christian Fong, CEO at Spruce Finance Inc., told E&E News. The company plans on boosting staff by 30 percent.

We invite you to read several of the most recent articles we have published which may be of interest to you:

Will There Be Another Oil Price War?
A Nightmare Scenario For Offshore Oil
The World Has Too Many Oil Refineries