COVID cases are now surging around the globe, threatening oil demand and sending oil prices back below $40. 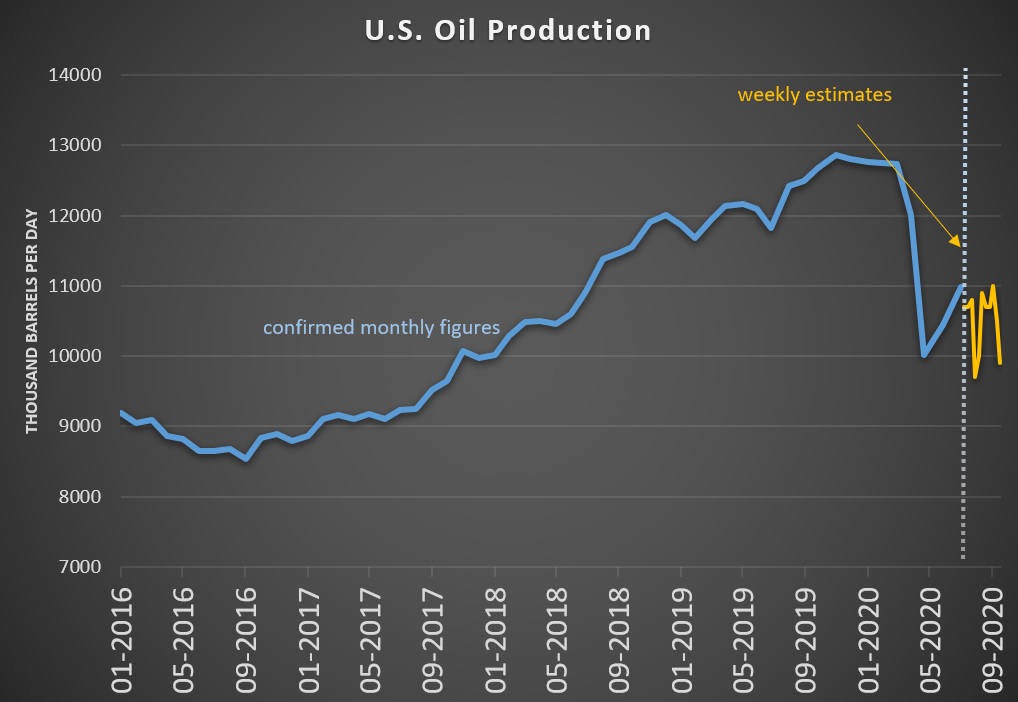 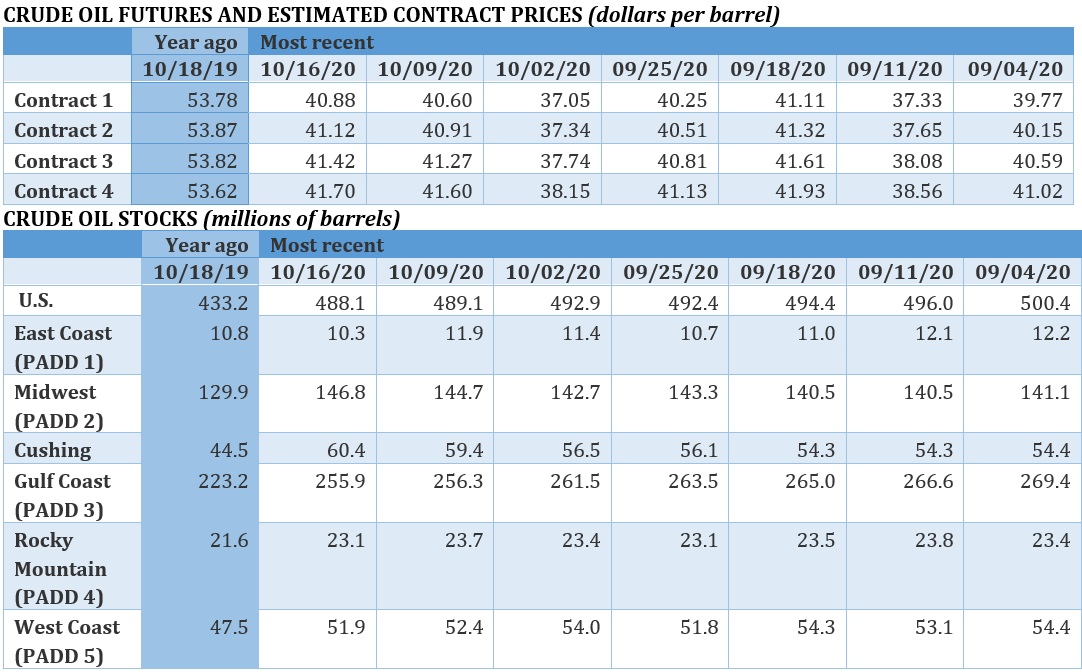 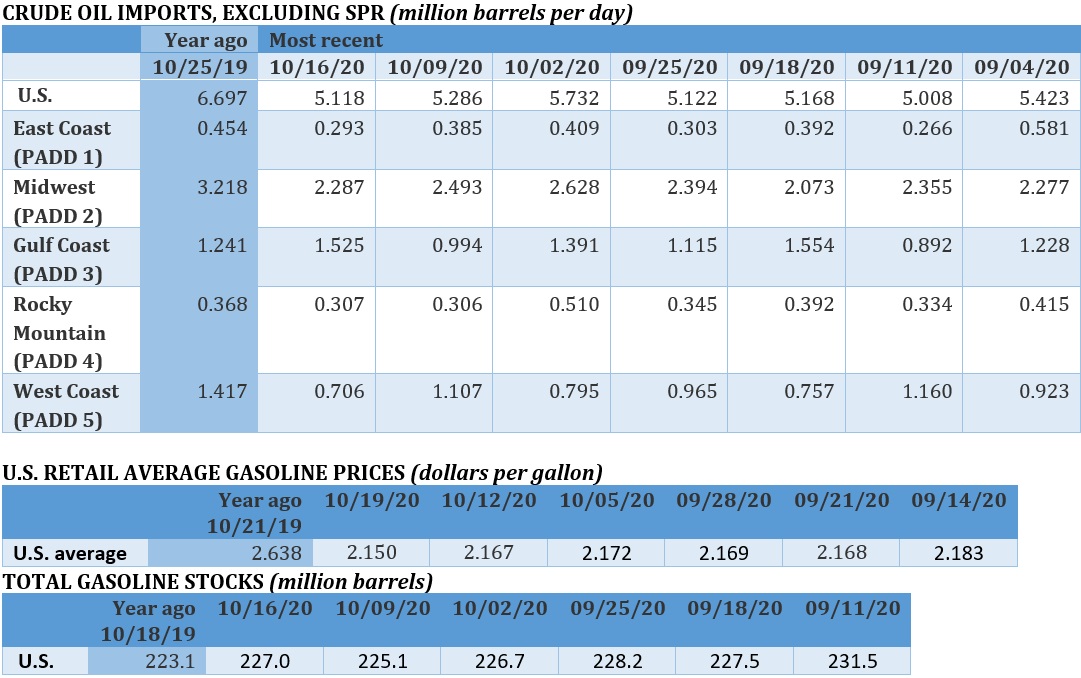 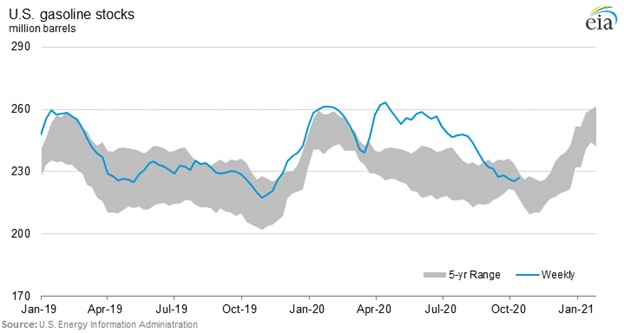 On Thursday, the U.S. reported more than 70,000 COVID cases for the first time in three months, and the trajectory suggests the U.S. may break new record highs in the coming days. The numbers help explain weak (and weakening) gasoline demand in the U.S., a theme also unfolding in Europe. The pandemic continues to largely cap any potential price rally. Crude remains stuck at $40, where it has traded for the better part of four months.

Two-speed oil market. Demand is weak in Europe, the U.S. and Latin America, and remains depressed as the coronavirus continues to spread. But in Asia, gasoline demand is robust, and even jet fuel demand is rebounding strongly. As Javier Blas notes, there is a very big difference between east and west right now, with Asia looking to pre-pandemic demand levels.

Biden and Trump clash over oil and climate. While the substance and their positions were not new, the topics of oil, fracking and climate change played a large role in the last presidential debate. Trump has largely ignored the climate science and promises to maintain a friendly stance towards oil and gas. Biden played up the job opportunity of renewables and said the U.S. must transition away from fossil fuels.

France blocks U.S. LNG because of methane. The French government blocked Engie (EPA: ENGI) from inking a deal for U.S. LNG from Brownsville, Texas, over concerns that the natural gas was too dirty. The incident highlights the risks posed by the Trump administration rolling back environmental regulations, particularly those on methane emissions. Analysts say conflict over methane and carbon will only rise. “We’re probably going to go from trade war to carbon trade war pretty seamlessly in the next 10 years,” Kevin Book, director of analysis firm ClearView Energy, told Politico.

Japan to go net-zero by 2050. Japan’s Prime Minister is set to announce a 2050 carbon-neutral target, bringing Japan in line with the EU and 60 other countries. Japan is a big consumer of coal, oil, and LNG, and is the fifth largest CO2 emitter in the world, so an aggressive decarbonization effort would have global ramifications.

Russia hints at OPEC+ extension. Vladimir Putin hinted that Russia would be open to delaying the scheduled tapering of the OPEC+ production cuts. Currently, OPEC+ is keeping 7.7 mb/d off the market, but beginning in January, the deal is scheduled to reduce that to 5.7 mb/d. But demand is not coming back as quickly as hoped. “We believe there is no need to change anything in our agreements, we will closely watch how the market is recovering,” Putin said. “However, we do not rule out that we could keep existing restrictions on production, and not remove them as quickly as we had planned to do earlier.”

Hottest renewable energy IPOs. New Mexico-based Array Technologies (NASDAQ:ARRY) has charged out of the gate, surging 79% in its first three trading days to give the maker of solar-powered equipment a market valuation of $5 billion. Array is recognized as the world’s second-largest supplier of solar tracking systems, a rapidly growing market estimated at ~$3 billion in 2020. There are a few other IPOs worth knowing.

BP considers sale of Gulf of Mexico oil field. BP (NYSE: BP) is considering selling its stake in the Constellation oil field in the Gulf of Mexico. The company hopes to raise $200 million.

Diamondback the next takeover target? A rush of consolidation is sweeping over the U.S. shale industry, with ConocoPhillips (NYSE: COP) and Pioneer Natural Resources (NYSE: PXD) each making multi-billion-dollar purchases this week. Who is next? Analysts say Diamondback Energy (NASDAQ: FANG) might be a prime target for some of the big companies still looking for acquisitions.