Energy shares were hit hard as the oil rally came to a halt, with new lockdowns reigniting oil demand fears 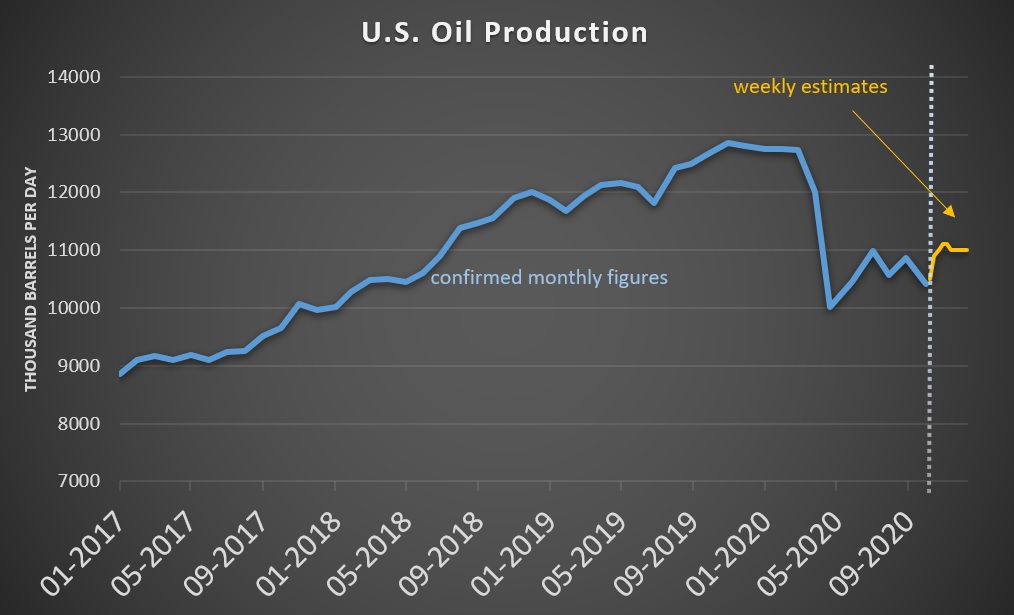 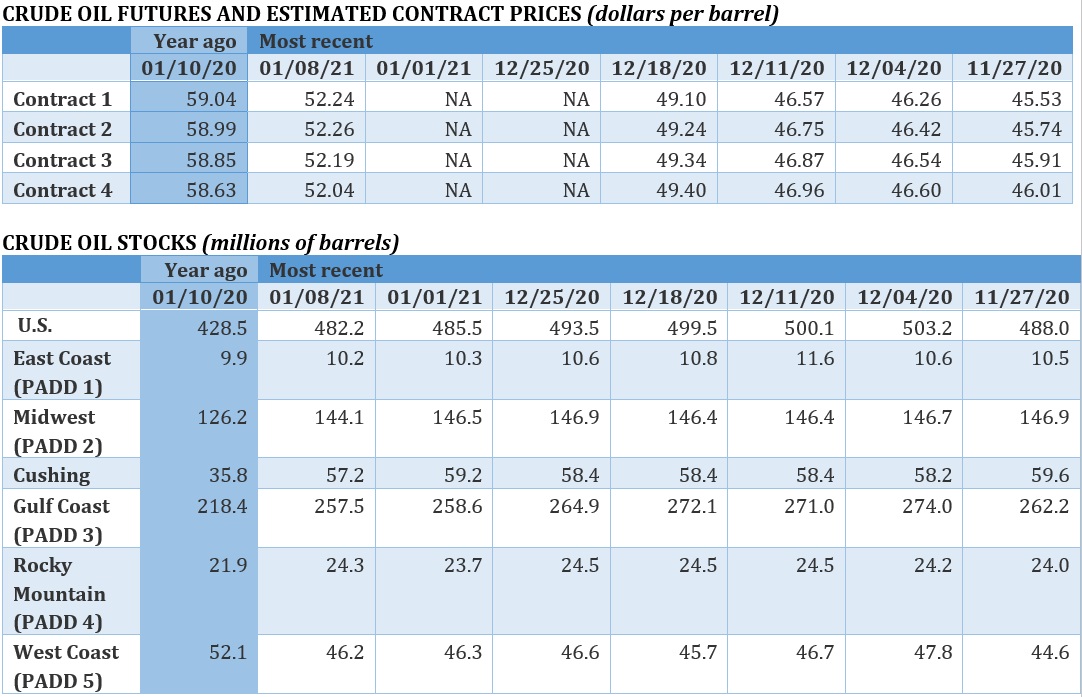 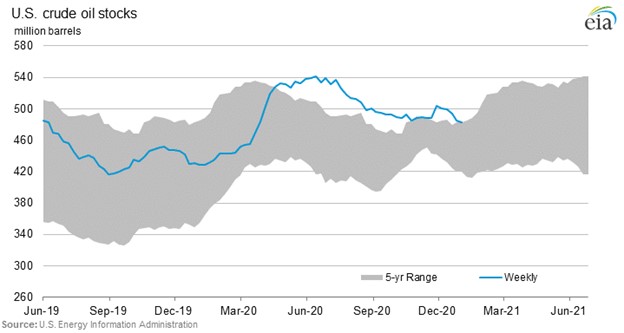 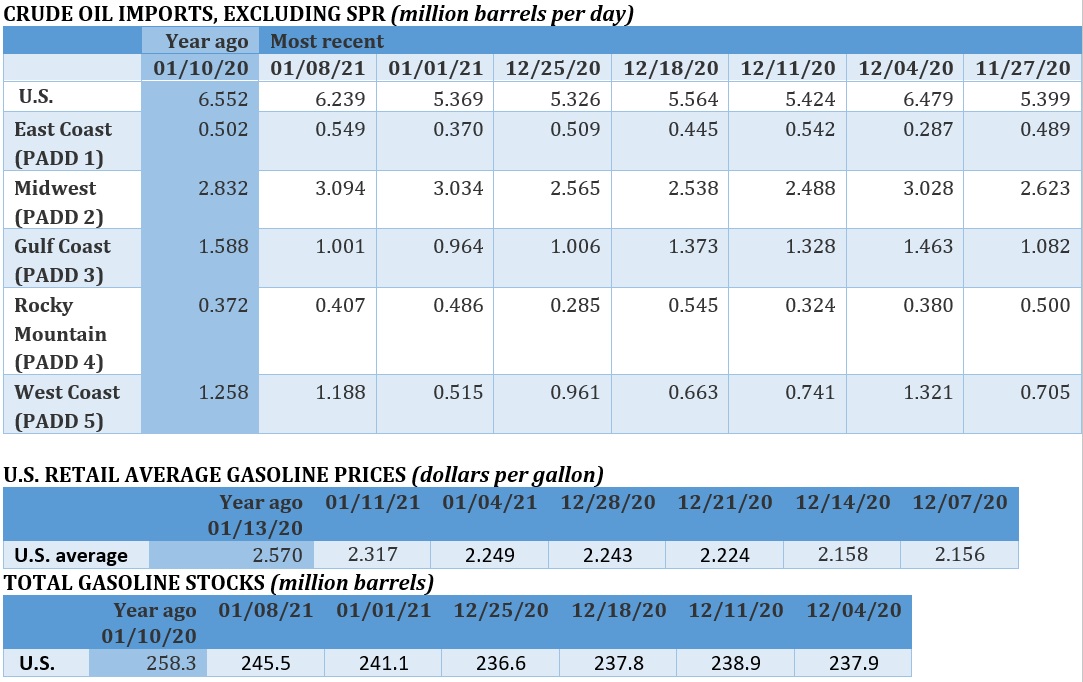 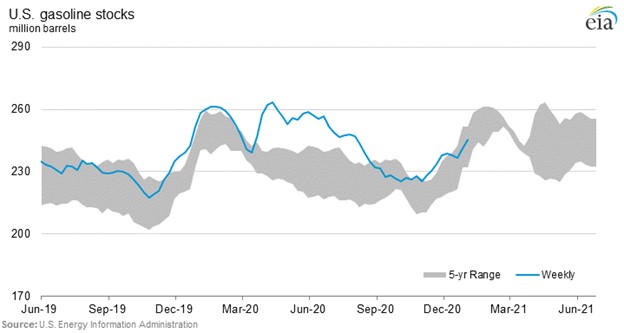 Oil posted some losses at the close of the week, with Brent dipping back below $55 per barrel and WTI down below $52. More travel restrictions in Hong Kong, Shanghai, and the UK led to demand pessimism, and a temporary jump in the dollar also weighed on crude.

Biden’s first actions on energy. As expected, President Biden signed a litany of executive orders related to energy and climate, including canceling Keystone XL, rejoining the Paris Climate Agreement and beginning the process of undoing a long list of regulatory actions under the Trump administration.

Chamber, API open to methane regulations. The Chamber of Commerce and the American Petroleum Institute (API), the most powerful business and oil lobbies in the U.S., respectively, said that they were open to the reimplementation of methane regulations on oil and gas operations, after supporting a rollback in the Trump era. The industry has long supported voluntary actions only. “This is a new position for API, but we think given where the industry is at this time and the continued importance of reducing methane, it was critical we update this position as the administration changes,” API CEO Mike Sommers told the Washington Examiner.

OPEC looks to build ties with Biden. OPEC’s secretary general said that the group will seek to strengthen its relationship with the Biden administration, although thorny questions over the Iran nuclear deal and climate change loom.

Biden makes Glick FERC chairman. President Biden announced that Richard Glick would take over as chairman of the powerful Federal Energy Regulatory Commission (FERC), which regulates the electric grid and interstate oil and gas pipelines. Glick is expected to chart a new course with greater emphasis on clean energy and integrating renewables into the grid.

Biden places 60-day moratorium on drilling on federal land. The Biden administration halted new leasing on federal lands for drilling for 60 days. The move may have little practical impact as the industry has stockpiled leases ahead of expected restrictions. Reuters says companies have enough permits to last for years.

Energy shares plunge. Stocks of oil and gas companies fell sharply on Thursday in response to a drop in crude oil prices. EOG Resources (NYSE: EOG) fell by more than 8%.

Goldman bullish on oil. Oil prices will be supported this year by the upcoming massive economic stimulus package in the United States and the low probability of much Iranian oil returning to the global market, according to Goldman Sachs.

China’s electric grid still stretched. The cold spell that left Asian countries scrambling to buy enough natural gas for heating and electricity generation earlier this month made headlines and spurred a massive rally in spot gas prices on the regional market. It also highlighted a problem with China’s electricity consumption: it grew too much, too fast.

Oil spending outside of U.S. to rebound. Non-North American oil spending will rebound later this year, according to Schlumberger (NYSE: SLB). The oilfield services giant posted better-than-expected earnings for the fourth quarter and said markets outside of North America could see double-digit growth in spending in the second half of 2021.

Former coal plant turned to hydrogen hub. Vattenfall AB plans to turn the site of its recently shuttered Moorburg coal power plant in northern Germany into a hub for turning wind and solar power into hydrogen.

EU Bank chief: “Gas is over.” The president of the European Investment Bank, Werner Hoyer, said that Europe needs to move on from fossil fuels. “To put it mildly, gas is over,” he said. The EIB will phase out all funding for fossil fuels by the end of the year, essentially transforming itself into “Europe’s climate bank.”

Libya shuts down leaking pipeline. Libya’s state-owned National Oil Corp. was forced to shut down a leaking pipeline on Saturday, which cut oil production by around 200,000 barrels a day.

EV batteries with 5-minute charging times. Batteries capable of fully charging in five minutes have been produced in a factory for the first time.

U.S. Supreme Court hears climate arguments. The U.S. Supreme Court heard oral arguments on a highly-anticipated case in which the city of Baltimore is seeking damages from the oil industry related to climate change. The Court is only looking at a narrow procedural question about whether the case should belong in state or federal courts. If the Court decides in Baltimore’s favor, sending the case to state court, it could vastly increase the oil industry’s legal exposure as other states could sue. A decision is expected later this year.