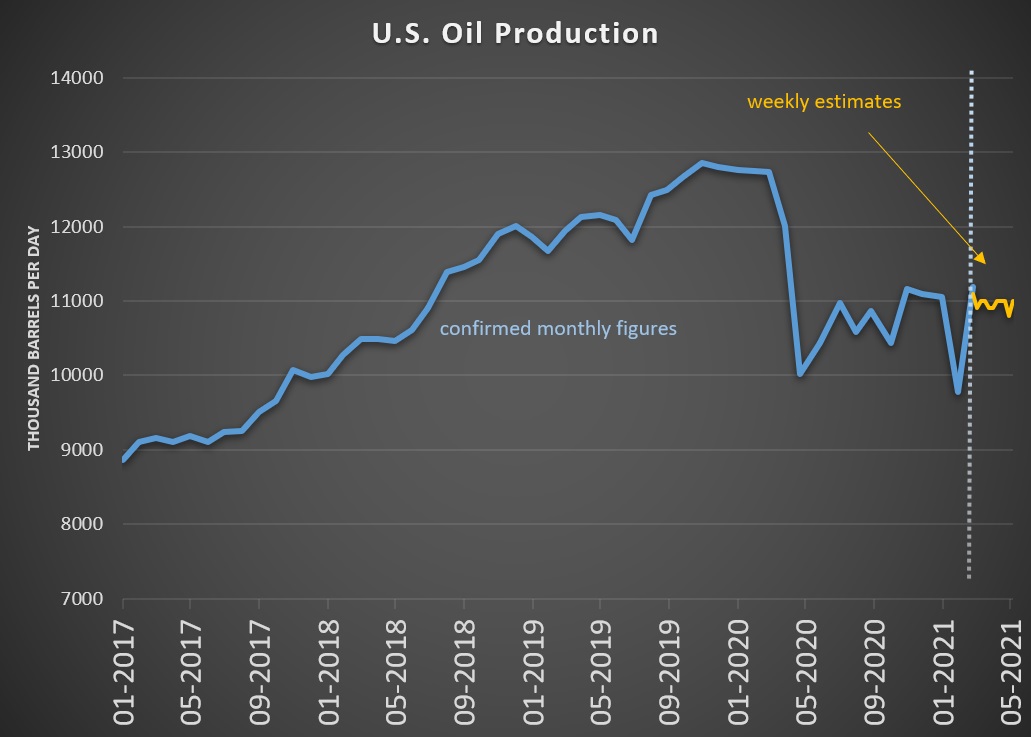 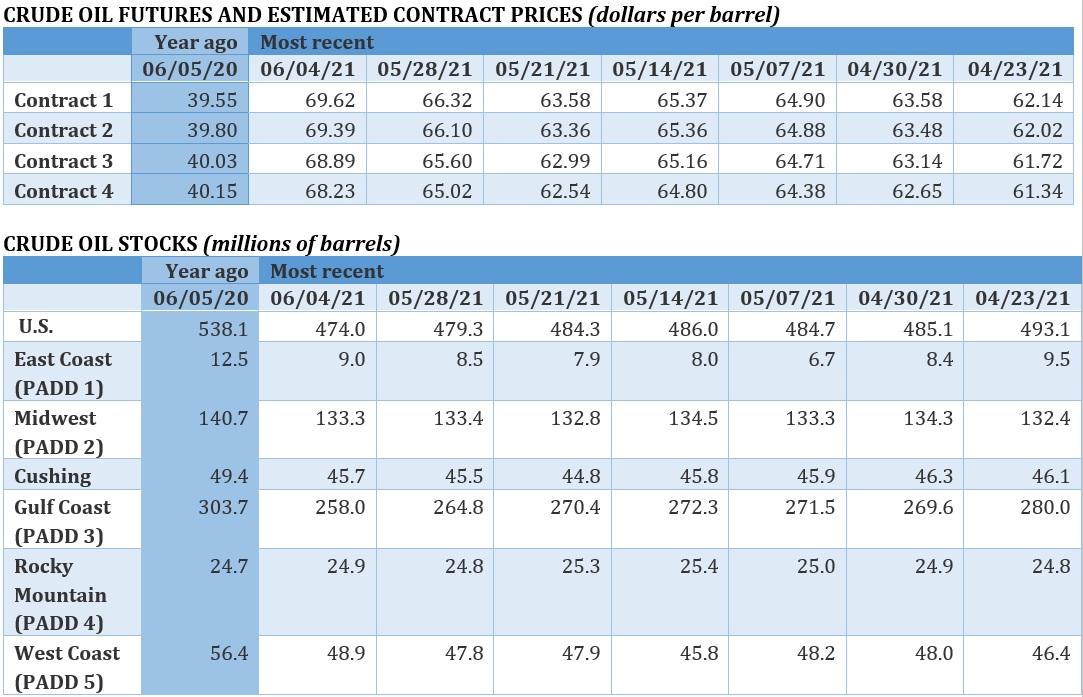 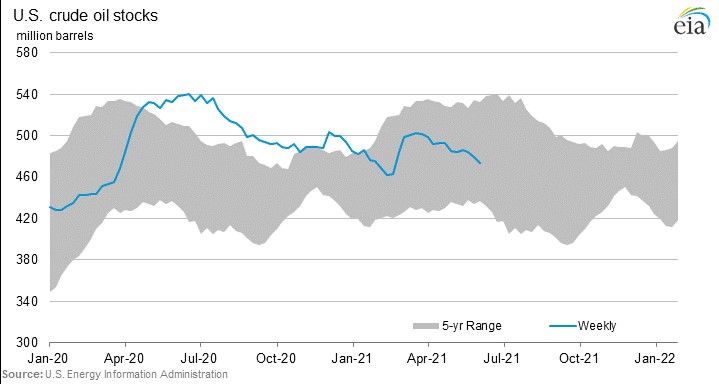 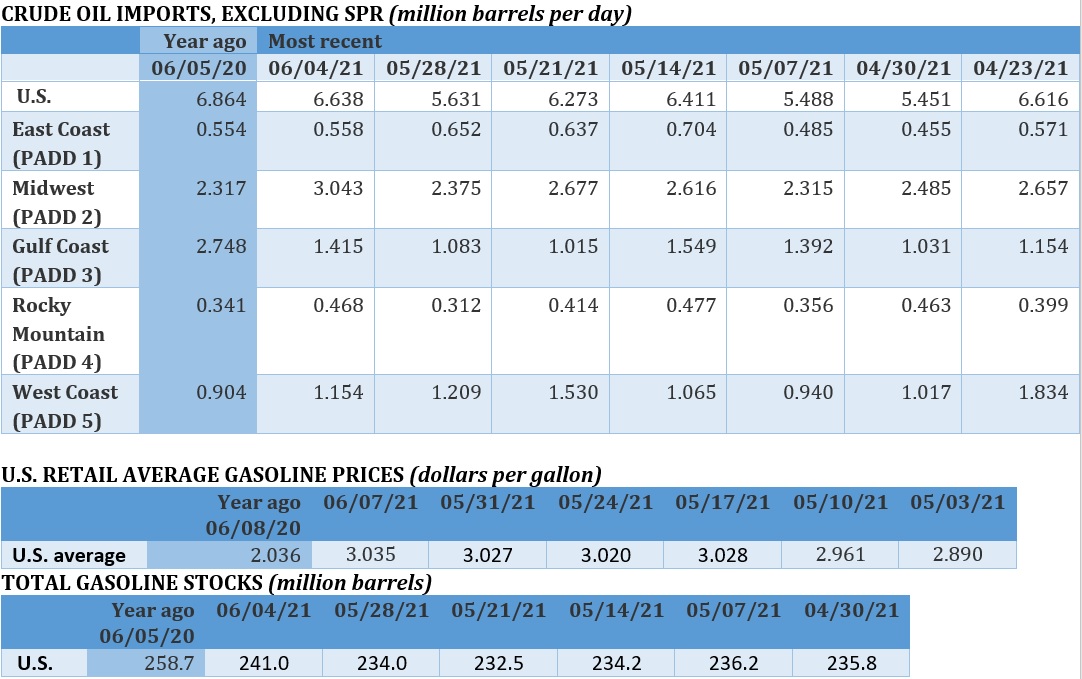 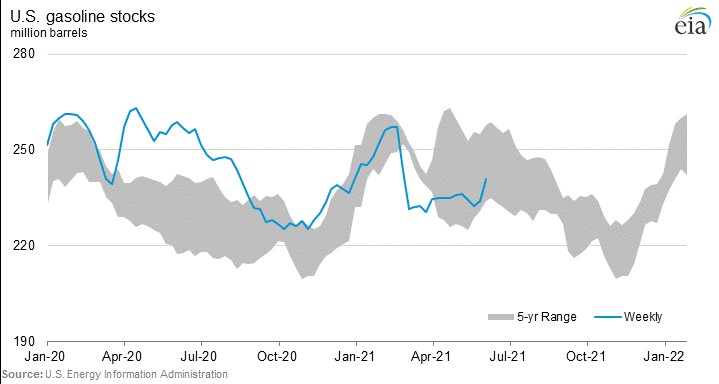 Oil prices showed modest gains on Friday, after a selloff on Thursday.

Oil prices drop after U.S. lifting sanctions on Iranian officials. The U.S. Department of the Treasury said on Thursday it is removing several Iranian officials from its list of designated persons, including three directors of the National Iranian Oil Company (NIOC). Oil prices declined on the news.

Rystad: OPEC+ will have to loosen output limits. In early trading Friday, oil was back up, on positive economic news in the U.S. and accelerating global vaccination campaigns, according to Rystad Energy. But the firm warned that there is going to be rising pressure on OPEC+ to loosen production constraints in order to avoid the oil market overheating.

IEA: OPEC+ should “open the taps.” The IEA said that global oil demand will rebound past pre-pandemic levels by the end of 2022. After declining by 8.6 mb/d in 2020, oil demand will rebound by 5.4 mb/d this year, and by another 3.1 mb/d next year. The agency reiterated that OPEC and its allies needed to “open the taps” to boost oil production and keep the world well supplied.

High-profile EV SPAC running out of cash. Lordstown Motors (NASDAQ: RIDE), a SPAC aimed at manufacturing EV pickups out of an old GE plant in Ohio, disclosed that it does not have sufficient cash to start commercial production and issued a going concern warning through the end of the year. Lordstown was one of several EV SPACs that went public in the last year.

Solar industry’s costs are rising. Rising costs for labor, freight, steel and aluminum are pushing up the cost of solar power, ending more than a decade of steady cost declines, at least temporarily. Contract prices for solar were already up 15% in the United States in the first quarter compared with last year due to higher interconnection and permitting costs. There is uncertainty over how long the cost increase will last.

First Solar to build Ohio plant. First Solar (NASDAQ: FSLR) said it would build a $680 million factory in Ohio to manufacture solar panels. The move is highly significant as the U.S. has largely ceded manufacturing capabilities to China – the U.S. relies on imports for 85% of the panels used in domestic projects.

U.S. LNG set for export record. U.S. exports of liquefied natural gas (LNG) are set to surge this year from the already record levels in 2020 as demand in Asia and Europe is high, even in the off-peak season.

ExxonMobil announces another Guyana discovery. Exxon has made yet another in a long string of discoveries offshore Guyana in the Stabroek block, the company said this week.

Can oil sands be banned? The oil sands of Athabasca seem to be at an especially vulnerable crossroads – just when oil sands production could finally surge unimpeded with new pipelines allowing for higher exports abroad.

European banks face huge financial threats from energy transition. A rapid and chaotic energy transition would leave Europe’s biggest banks in financial peril comparable to the subprime crisis that U.S. lenders faced in 2008, according to Bloomberg.

Gas pipeline building spree at an end. The years-long building spree of long distance natural gas pipelines in the U.S. is coming to an end, as political and financial barriers turn against the industry, according to S&P Global Platts.

Biden considers relief for refiners on biofuels. Under pressure from labor unions, the Biden administration is considering providing relief to oil refiners related to their biofuels blending requirements.

LNG prices see upside. LNG prices could continue to rise due to strong demand in China. Spot prices have already posted strong gains in recent weeks. We believe this has been driven by a tightening of Asian LNG balances led by strong generation demand in southern China at the same time that South Korea reached peak nuclear maintenance, while Covid-hit India LNG demand has stabilized,” analysts from Goldman Sachs said in a note earlier this week.