Revenue grew by 34.5% y/y to NGN771.61 billion, driven by substantial growth across the company’s food (+33.5% y/y), agro-allied (+32.2% y/y) and sugar (+27.7% y/y) business segments. Similarly, revenue from support services surged by 136.9% y/y – the highest in at least ten years. Our channel checks revealed that the company’s impressive performance was underpinned by diverse and new product offerings across five value chains – grains, oils & fat, sweeteners, proteins and starches. The solid topline growth was further supported by the new advertisement campaigns, restructuring of the agro-allied business segment and accelerated expansion in the B2C channel.

FLOURMILL’s earnings were further boosted by moderation in finance costs (-6.6% y/y) following a reduction in interest on bank loans from NGN15.18 billion in 2020FY to 9.89 billion in 2021FY. In addition, we highlight that the NGN30.00 billion bond issued by the company moderated additional borrowings during the period. Accordingly, Net finance cost declined by 14.7% y/y, further supported by a 52.6% y/y surge in investment income.

Comment: We like that the company maintained broad-based improvements across all business units, reflecting positive results from product innovations, investments in its route to market strategy and operational efficiencies. Similarly, the company completed the restructuring of its agro-allied segment, which in our opinion, will continue to support revenue growth. However, we note that the reopening of land borders, weak macroeconomic fundamentals, and elevated operating cost remains a significant headwind to volume growth and profitability. From a market standpoint, we expect investors to react positively to the company’s solid earnings. Our estimates are under review. 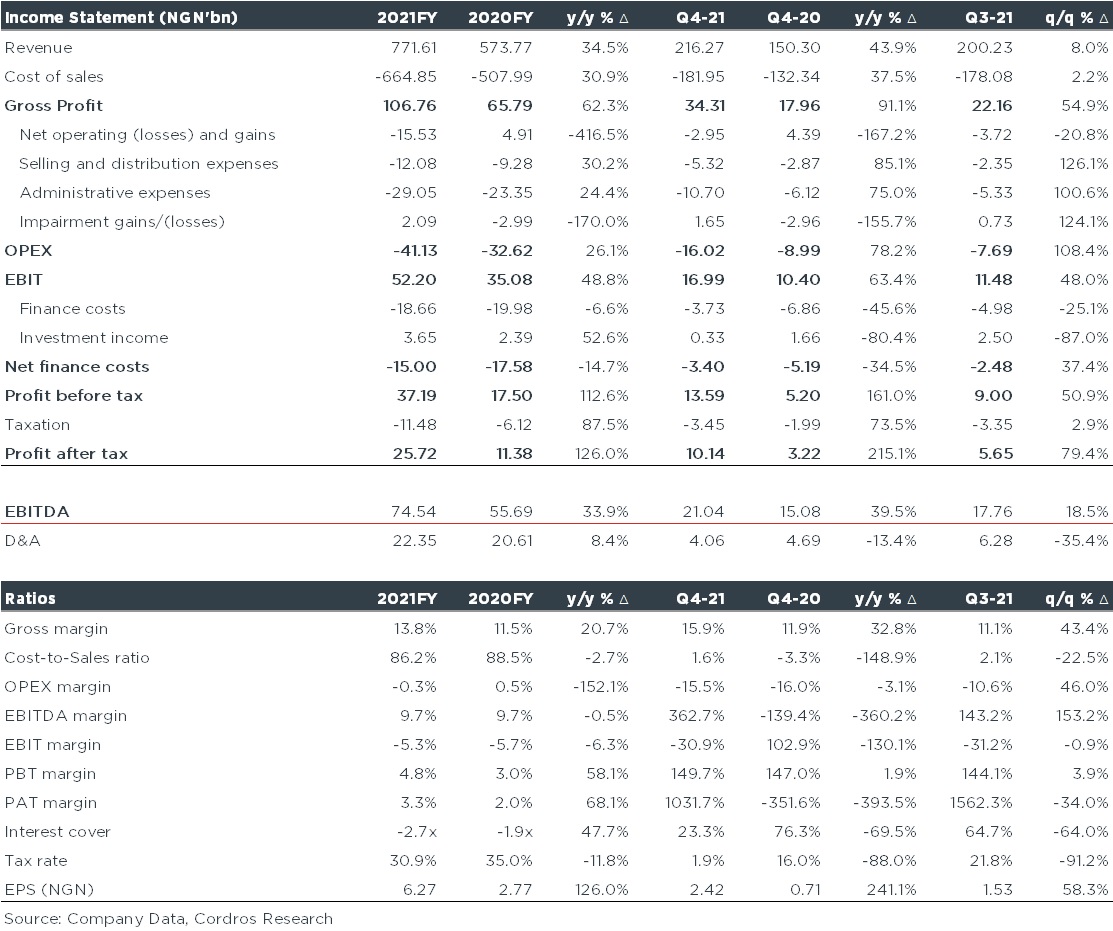