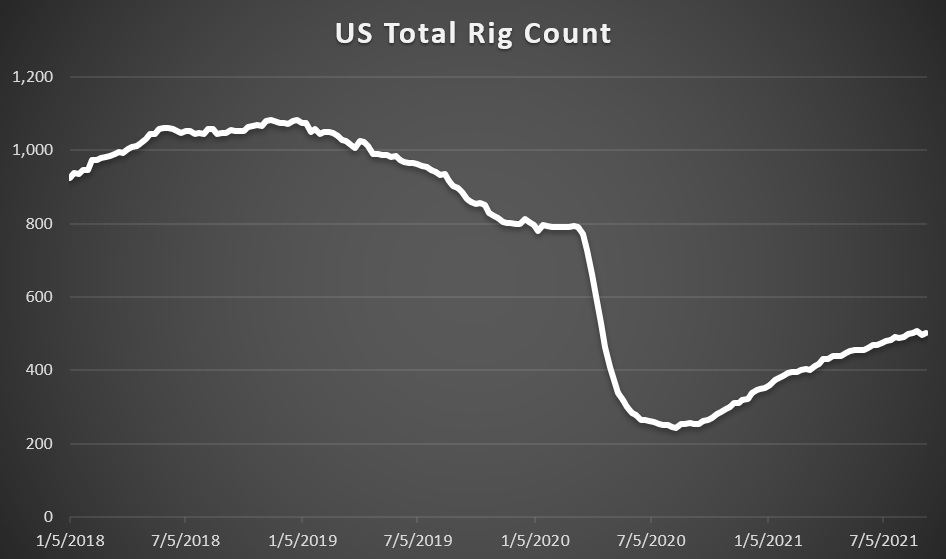 – Creating an all-time high for the umpteenth time this year, Europe’s main gas benchmark, the Dutch TTF front-month, has surpassed the €60 per MWh threshold and is bound to increase even further.

– News that the commissioning of the Nord Stream 2 pipeline (which Russia’s gas giant Gazprom is presenting as the main solution to Europe’s gas tightness) might take an additional 4-8 months to happen further boosted Europe’s supply shortness.

– With spot LNG prices already above $20 per mmBtu and wind generation lower than expected, European utilities have to calibrate their purchases as they head into the winter season.

– The combination of high demand and low supply is poised to maintain prices under pressure, with only two realistic means to bring them lower: more oil-pegged LNG coming in (unlikely as Asia wields higher profits) or Gazprom booking higher throughput capacities via Ukraine (also unlikely).

With almost half of US Gulf of Mexico offshore production still offline following the damages brought about by Hurricane Ida, tropical storm Nicholas is now wreaking havoc across the Gulf Coast, bringing back the threat of power outages and widespread flooding. The downside risks to US crude production have pushed crude prices up, with the past three trading sessions seeing consecutive increases.

China to Release First Batch of SPRs on Sept 24. Continuing their struggle to bring down commodity prices, Chinese authorities have earmarked the first SPR crude auction for September 24. A total of 7.4 million barrels will be available with conditions largely favoring state companies Sinopec (SHA:600028) and Petrochina (SHA:601857).

Spain Caps Gas Prices as They Spiral out of Control. The Spanish government has pledged to cap gas prices and take away extraordinary profits that energy companies would be making to bring down electricity prices, as Spain saw its spot electricity prices soar to €154 per MWh this Monday.

Japanese Companies out of UK North Sea. Japan’s Marubeni (TYO:8002) will sell its oil and gas assets in the North Sea for $1 billion to Ithaca Energy, a UK-based subsidiary of Delek Energy (TLV:DLEKG), in a first move that might trigger other equity holders such as JX Nippon leave the maturing basin.

Phillips 66 Might not Rebuild Louisiana Refinery. Phillips 66 (NYSE:PSX) might not rebuild its Alliance Refinery in Belle Chasse, Louisiana, inundated and damaged by Hurricane Ida, a potential decision that comes only several days after media rumors surfaced that the US refiner is seeking a buyer for the refinery.

Aluminum Prices Rise to 13-Year Highs. Continuing their bullish run on the back of China cutting back aluminum production and global inventories continuing their downward slide, LME aluminum futures surged past the 3,000 per metric ton mark for the first time since 2008.

Valero and Unipec are the Largest Buyers of US SPRs. US refiner Valero (NYSE:VLO) and Chinese trading firm Unipec landed the highest allotments in the latest auction of US strategic crude stocks, buying 6 and 4 million barrels, respectively, to be delivered between 01 October and 15 December.

Citgo Deadline Extended into 2022. The US Treasury extended its protection of Venezuelan-owned US refiner Citgo Petroleum from possible seizure by creditors until January 2022. PDVSA, the previous owner of Citgo, put up 50.1% of the company in collateral to its 8.5% interest bonds maturing in 2020 and failed to make timely payments since 2019.

Chile’s Indigenous Place Wants National Lithium Firm Shut Down. Communities of indigenous people living around Chile’s largest lithium deposits in the Atacama salt flats have filed a complaint to the country’s regulators, asking for SQM’s (NYSE:SQM) operating permits to be suspended until the firm submits an acceptable environmental compliance plan.

Chinese Coking Coal Prices Plunge. Coking coal futures in China plummeted this week as market participants fear the government would ramp up regulatory oversight as it seeks to depress commodity prices, with the Dalian January ‘22 price falling more than 5% on Tuesday, to $420 per tonne.

Libyan Export Terminals Blocked Again. Following last week’s wave of protests in several key Libyan ports which eventually abated to allow all anchored vessels to load and depart, this week saw a resurgence in riots in Es Sider and Ras Lanuf as pressure mounts on the head of Libya’s NOC to resign.

NGOs Pressure Bank of China to Give Up Coal. A group of 35 non-governmental organizations has called on the Bank of China, globally the largest investor in coal that invested more than $35 billion in coal plants since 2015 alone, to stop financing new coal projects.