2 hours ago
China Evergande Saga Rolls On, Oil Near Multi-Year Highs
2 hours ago
Blueberries Around the Globe – Past, Present, and Future
3 hours ago
Bellwether Stocks Drives Nigerian Equities Market to +0.8% Weekly Gain
3 hours ago
Is $85 The New Normal For Oil Markets?
8 hours ago
Abuja-Kaduna Rail Line; The Safest Travelling Option Now Under Siege

Hurricane Ida is now officially the most devastating hurricane ever in terms of oil production disruption, and experts expect the outages to last throughout the month of September 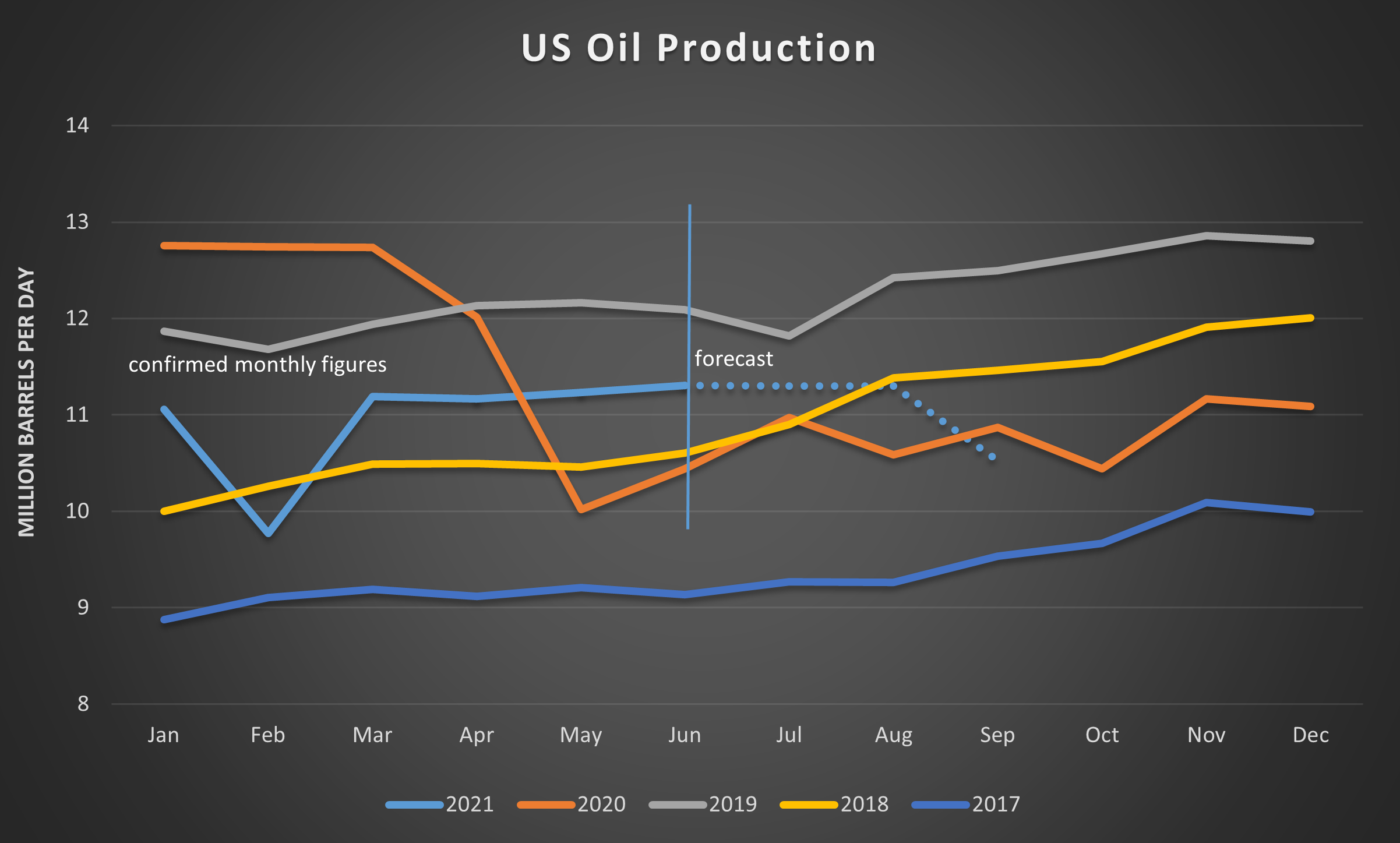 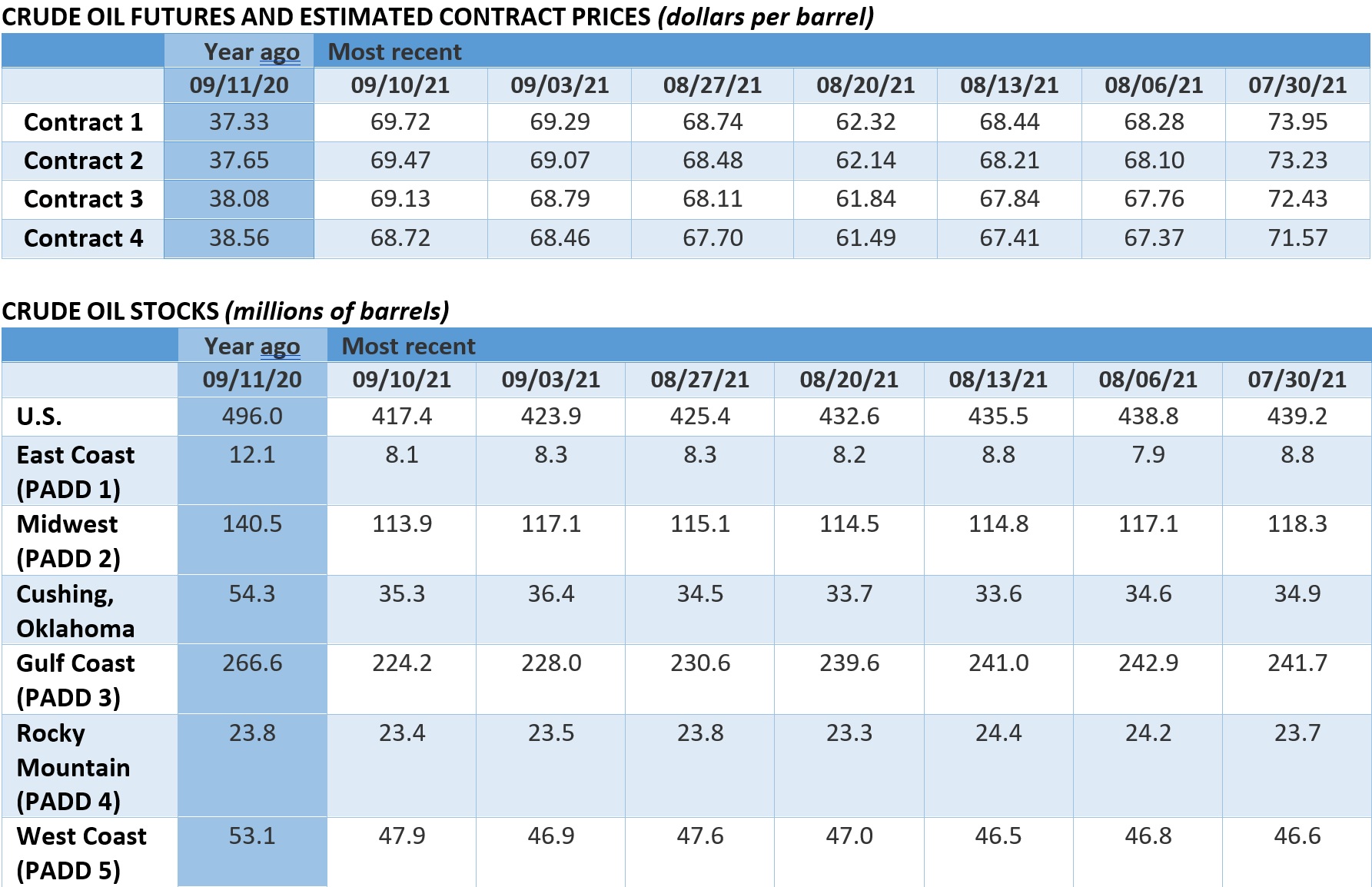 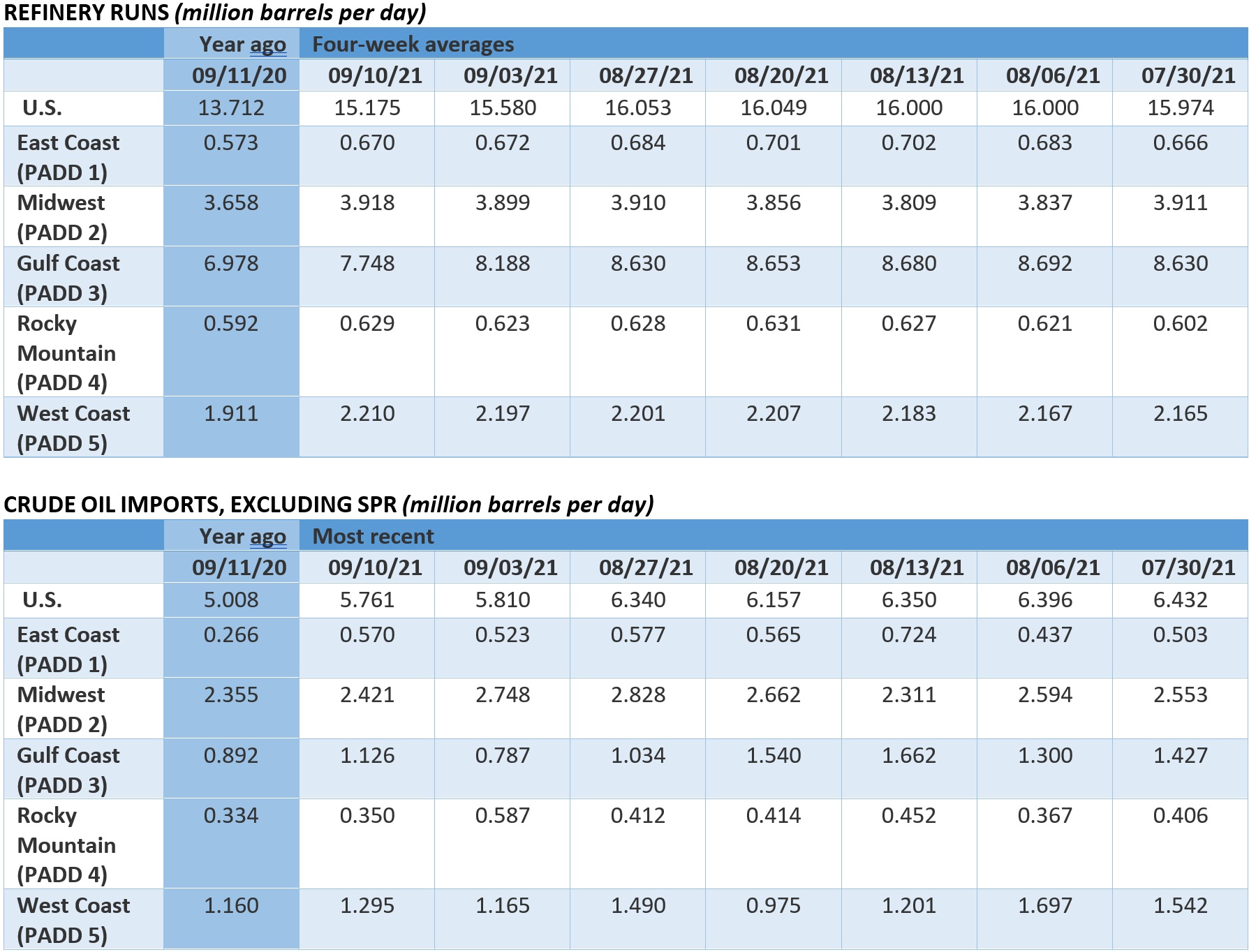 The US Gulf of Mexico is gradually bringing back disrupted production – as of today roughly a quarter of oil output remains offline – however the overall anticipation of further stock draws in the US have weighed upon the market sentiment and helped Brent prices home in on the $75 per barrel mark. Ida-triggered supply disruptions will only exacerbate the market tightness in the upcoming weeks, as the pace of global demand recovery exceeds supply increments, despite OPEC+ pushing out more barrels into the market.

China’s Oil Consumption to Peak in 2026. China’s oil consumption is expected to peak around 2026 at 16 mbpd, whilst natural gas will see a much more protracted path to an apogee in 2040 (at 620bcm or 22Tcf), stated the acting chairman of China’s leading refiner Sinopec (SHA:600028).

Petrobras Under Pressure as Fuel Prices Rise. Brazil’s national oil company Petrobras (NYSE:PBR) is coming under increasing domestic scrutiny as the parliament’s speaker claimed he was left unsatisfied with explanations provided by the oil firm’s executive about recent fuel price increases in the Latin American country.

Nickel Prices Rise on Supply Constraints. Nickel prices have been nearing a 7-year high after Indonesia declared it is mulling an export tax on nickel products with less than 70% Ni content, pushing benchmark LME prices up by 3% on Friday, at $19,920 per metric tonne.

Dangote Invites Trading Majors to Finance Refinery. Africa’s richest man Aliko Dangote is in talks with the world’s leading oil trading firms Trafigura and Vitol to co-finance the 600kbpd Dangote Refinery as its cost has ballooned from $12 to $19 billion over the years.

Fire Halts Key UK Power Interconnector. Just as power prices spiral out of control across Europe, fire on the IFA1 interconnector between the United Kingdom and France has forced 1GW of key interconnection capacity offline until at least until March 2022. Day-ahead British power prices surged 19% on Wednesday to £475 per MWh.

High Interest in Norway’s Licensing Round. The most recent licensing round of new acreage in the Norwegian Continental Shelf has attracted bids from 31 oil firms including NCS regulars Equinor (NYSE:EQNR) and Lundin Energy (STO:LUNE), just as Norway’s election winners, the Labour Party, reiterated their support for further drilling.

EU Hesitant to Slap Duties on Chinese Aluminium. According to media reports, the EU should slap import duties of 14-25% on Chinese aluminium as it concludes internal investigations into dumping of flat-rolled products, however Brussels seems inclined to suspend their implementation by 9 months, wary of Beijing’s reaction.

Tullow Upgrades Kenya Project Scope. UK-based oil firm Tullow Oil (LSE:TLW) increased the overall resource estimate of its Turkana project that should now have an output plateau of 120kbpd (up 50% from the previous estimate) with a total of 585 million barrels of oil recoverable.

Uranium Price Insanity Continues. The Sprott Physical Uranium Trust continued its purchases, having already aligned on an expanded equity sales program of up to 1 billion in the upcoming months, pushing uranium prices to a 9-year high of $48 per pound of U308.

PEMEX Gives up on Vitol. Mexican national oil company PEMEX cancelled a series of contracts with the world’s largest trader Vitol amidst an ongoing graft investigation that has reportedly uncovered a system of kickbacks and bribes to land supply deals with the Mexican firm.

Australia’s Coal Mines Might Get Stranded. A report issued by the Australian Central Bank sees the country’s plentiful coal resources becoming stranded under three out of four scenarios that it charted, stoking fears that the world’s biggest exporter of coal might be out of markets by 2030.