Oil has now comfortably settled above $80, with Saudi Arabia refusing to alter its strategy and U.S. shale companies maintaining their spending discipline.

For a deeper dive on exactly what is going on in energy markets at the moment, sign up for a risk-free trial of our premium service Global Energy Alert. From geopolitical intelligence to trading tips and technical analysis, it’s your one-stop shop for all things energy. Sign up today! 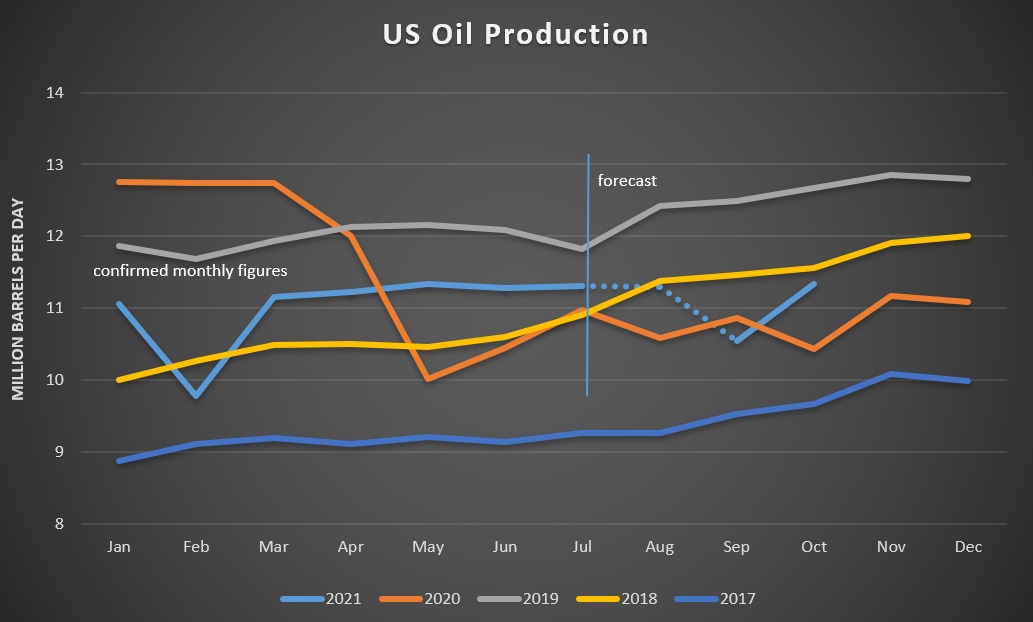 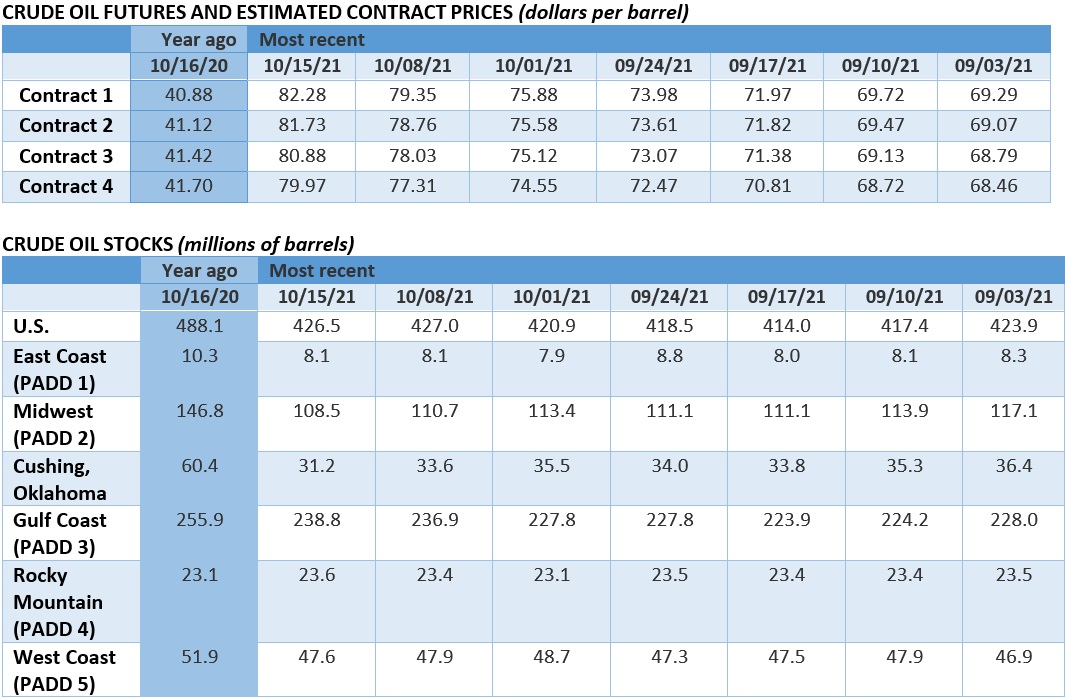 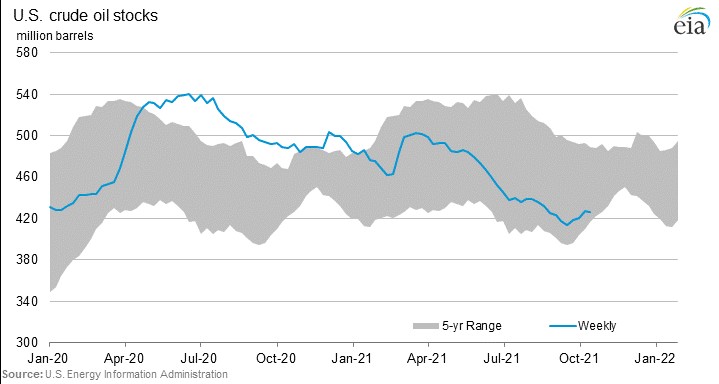 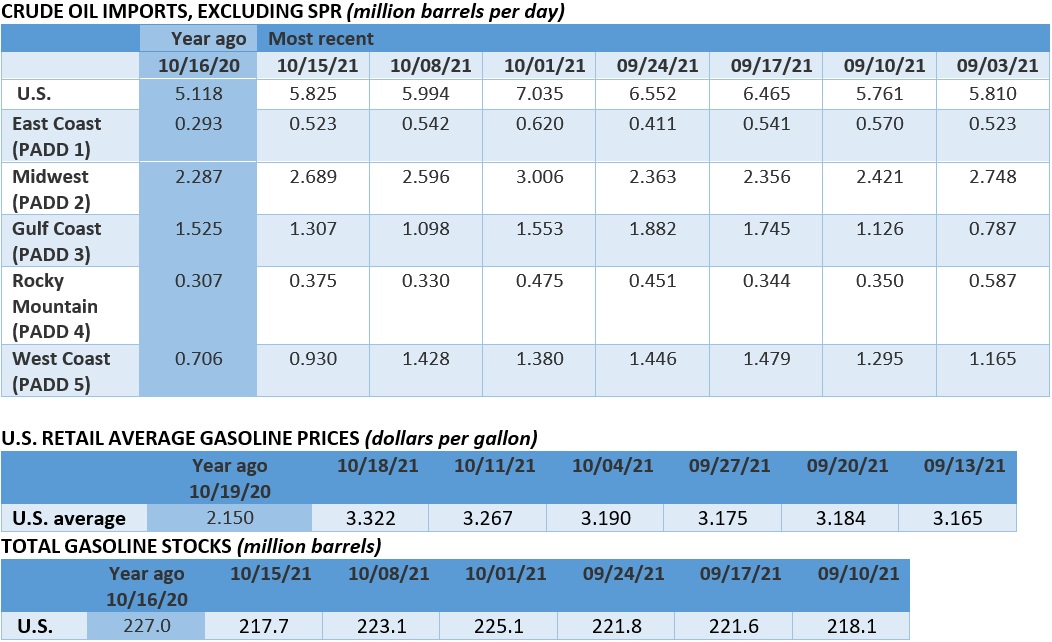 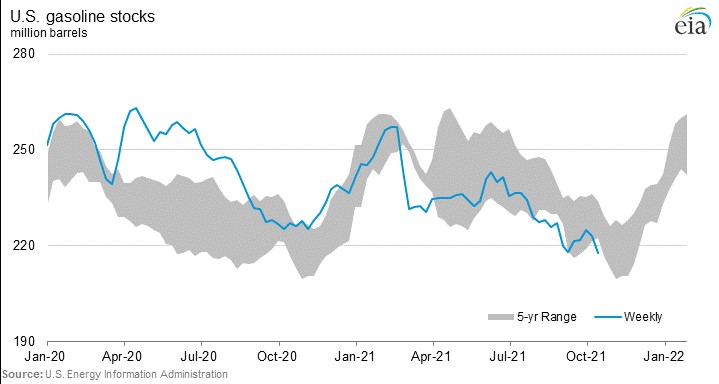 Energy stocks are bouncing back into the limelight, significantly outperforming the broader S&P 500 index. Oil prices have remained largely stagnant over the week, with Brent trending around the $85 per barrel mark and WTI narrowing its Brent differential at $83 per barrel. Whilst both coal and gas prices have fallen back this week from earlier peaks, that decline was not enough to balance tight supply. Moreover, oil found marginal support from a surprise US crude stock draw as EIA data contradicted a solid weekly gain forecast by the API. Despite the steep backwardation in crude futures, oil prices are unlikely to change significantly until there is a fundamental shift in the ongoing energy crunch.

Saudi Arabia Refuses to Change Crude Strategy. Saudi Energy Minister Prince Abdulaziz bin Salman dismissed calls for a change in OPEC+ production strategy amidst increasing pressure to bring down outright prices, claiming the current energy crunch is not due to there being a shortage of crude.

India Wants Fixed Price Supply Contracts. India, the third-largest crude importer globally, has called on oil producers to reconsider their approach to crude supply, with the state-owned IOC reportedly seeking as much as 70% of long-term supply deals to include a fixed selling price.

Japan Stocks Up LNG Ahead of Winter. Japanese LNG stocks held by major utility companies reached a 5-year high according to METI data, indicating there is a low likelihood that this winter will trigger power shortages as importers built up their inventories before the anticipated LNG price rally took place.

ExxonMobil Might be Forced to Drop Projects. The board of US major ExxonMobil (NYSE:XOM) is in talks to potentially drop several major oil and gas projects amidst environmentalist pressure, with rumors suggesting Mozambique LNG and the Blue Whale project in Vietnam might be high on the scrapping list.

Shell and BP Back Democrats’ Infrastructure Bill. European oil majors BP (NYSE:BP) and Royal Dutch Shell (NYSE:RDS.A) have voiced their support to the $3.5 trillion budget bill, a rare occurrence in the US considering the bill would restrict federal energy leasing and mandate lower fossil use.

Guyana Wants to Connect Offshore Fields to Land. The Guyanese government is seeking to build a 220-kilometer (135-mile) gas pipeline that would connect ExxonMobil’s (NYSE:XOM) producing assets in the Stabroek block to the coast, with some 50 MCf per day of associated gas earmarked for power generation.

Bahrain Wants Majors to Kickstart Shale Find. Following Bahrain’s discovery of an 80-billion barrel shale oil field that has spurred only two appraisal wells since. The island nation is now trying to attract Western majors to assess its offshore potential with Chevron (NYSE:CVX) signing a preliminary agreement with the kingdom.

Gazprom Might Export More Very Soon. According to Russian sources, Gazprom’s domestic storage which it is obliged to fill before the onset of winter are 97% full, already at 69 bcm, implying that incremental supply could soon be hitting the European continent.

Canadian Pipeline Congestion Lowest in 15 Months. Enbridge’s (TSE:ENB) 3 million b/d Mainline export system connecting Canadian producers with US buyers will see the lowest level of apportionment since August 2020, largely thanks to the expansion of Line 3 that now boasts a 760,000 b/d capacity.

Italian Banks to Fund Latest Russian LNG Project. As the NOVATEK-led (MCX:NVTK) Arctic LNG 2 project is nearing its launching date in 2023, the project consortium is seeking external financing which would most probably come from Italian banks with Intesa Sanpaolo reportedly closing in on joining.

First Mexican CSIEE Tender Fails Spectacularly. Mexico’s state oil company PEMEX declared void its first-ever tender for an integrated exploration and production contract for the onshore Cuitlahuac gas field as none of the bidders managed to meet the minimum terms.

Venture Global Clinches China LNG Deal. US firm Venture Global has signed two 20-year supply deals with China’s Sinopec to provide a total of 4 mtpa LNG from its proposed Plaquemines LNG project, with the smaller locking in delivered volumes whilst the bigger contract is for free-on-board (FOB) deliveries.

Here are this week’s top reads from Oilprice.com: