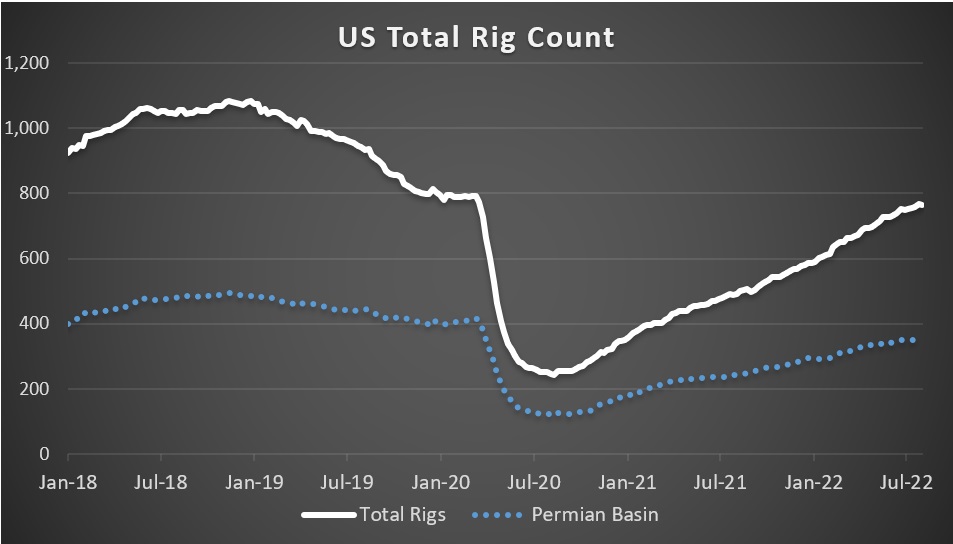 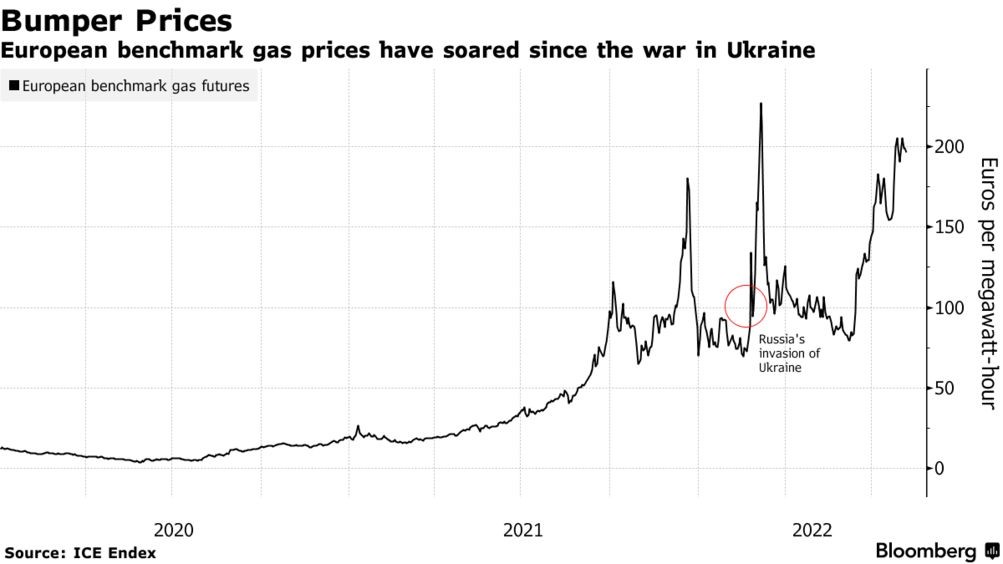 – Almost all European countries will be seeing increases in food prices in the double digits as spot TTF prices continue hovering around €200/MWh, defying recent declines in the UN world food cost index (down 9% month-on-month in July).

– According to IMF forecasts, the costs of living for the poorest of UK households have gone up by more than 16% this year, whilst in Hungary (the least suffering of the EU pack) they rose by 3%.

– The European Union approved an ad hoc aid package for European companies in the agriculture sector, although the €110 million that went into the package might be too little too late.

– US investment bank Goldman Sachs (NYSE:GS) reiterated its bullish view, saying that market tightness will remain throughout 2023 and maintaining its 2023 average price forecast of $125 per barrel.

Oil prices bounced back on Tuesday due to news that Russian oil supplies to central Europe via Ukraine had been halted. Meanwhile, it seems that the Iranian nuclear talks will soon creep back into the energy market agenda. The negotiations broke off for a period of national consultations when diplomats returned to their countries to discuss the EU-brokered draft. Now, there is speculation that Iran may agree to this final draft. If that happens, expect oil prices to fall back toward $80 per barrel.

Iranian Deal Moves Back into Limelight. The swiftly organized indirect negotiations between Tehran and Washington have reportedly made good progress, according to diplomats participating in the talks, after the EU presented a final text on the revival of the JCPOA.

EU Publishes Gas Curtailment Laws. The European Union officially published legislation for cutting the group’s gas consumption by 15%, entering into force on the 9th of August despite Polish and Hungarian vetoes.

Colombian President Starts Reign with Oil Levy. Colombia’s new president Gustavo Petro has proposed a tax reform bill that would levy a 10% tax on exports of oil when it exceeds the threshold of $48/barrel, likewise for coal if the benchmark prices move above $87/ton.

Japan Wants to Stay in Sakhalin Projects. With Russia temporarily banning Western oil companies from selling their shares in key energy projects, Tokyo has reiterated its willingness to keep the stakes of Japanese consortiums in both Sakhalin-1 and 2.

Norway Doesn’t Want to Share its Hydro. With most of Northern Europe suffering from counter-seasonally low water levels, the government of Norway could limit exports of electricity to preserve power at home as it relies on hydro reservoirs for 90% of its domestic needs.

Beijing to Clamp Down on Teapots Again. According to media reports, Chinese authorities are preparing to launch widespread tax investigations of independent refiners in Shandong, presumably checking for tax evasion and irregularities with quota trading.

PEMEX Eyes Takeover of Mexican Offshore Gem. Mexican state oil company PEMEX is getting ever closer to finalizing the field development plan for the 700 million-barrel Zama field, discovered in 2017 by Houston-based Talos Energy (NYSE:TALO) but given away to PEMEX by the AMLO administration in 2021.

Kazakhstan Wants to Ban Coal Exports. Kazakhstan, the world’s tenth-largest exporter, will most probably ban coal exports via road for the next six months as the country seeks to keep domestic production at home and accommodate increasing domestic needs of electricity.

US Fuel Retailers Stand Up Against SAF Tax Credit. US fuel retailers have voiced their discontent at the inclusion of a tax credit for sustainable aviation fuel (SAF) in Democrats’ $430 billion spending bill, offering $1.25-1.75/USG credit depending on the feedstock, arguing SAF is more carbon-intense and less efficient than renewable diesel.

Indonesia Signs up for Tesla Nickel Supply. US carmaker Tesla is rumored to have signed a $5 billion deal with Indonesia that would secure materials for EV batteries from nickel processing companies in Indonesia, a year after CEO Elon Musk visited the island nation to negotiate the deal.